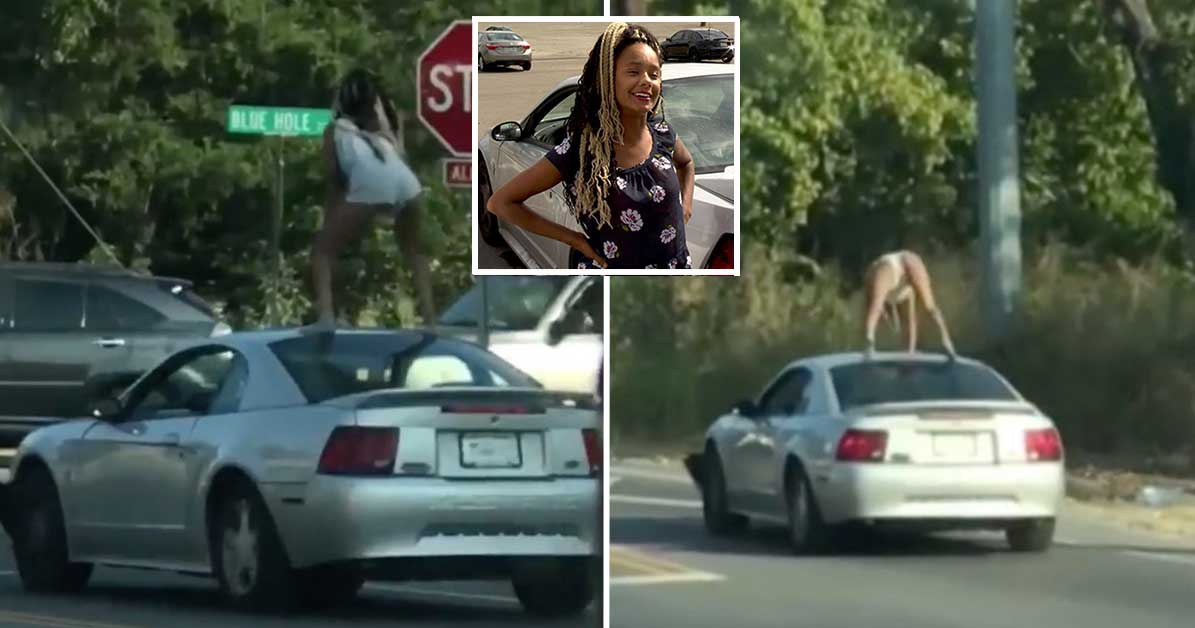 Sometimes, we just don’t have very many words to contribute to a situation. The blank stares probably speak loudly enough, though.

Today’s blank stare goes out to a Tennessee woman who went rather viral for attempting to show off atop a Ford Mustang, holding up traffic in the process. As the woman found her way to the top of the car, she would begin to twerk in a video that has been going rather viral.

In a display that is tough to wrap our minds around, the 23-year-old would even go so far as doing splits on the roof and probably leaving a gnarly dent or two in the process. As it turns out, doing illegal things like this and putting it on the internet might not have been the best plan of action. Apparently, after the video began to gather momentum, local police wanted to have a chat.

The twerker, Myscellent Shelton-Cox, was booked into a Nashville jail on a charge of disorderly conduct following the incident.

In a quote obtained by TMZ, the twerker alleged that she and the driver were simply sitting in traffic for about half an hour as they waited for a train to pass. Instead of patiently waiting or finding some other way to deal with the short stint of boredom, the show would begin as Shelton-Cox wanted to put on a display for the others who were waiting for the train.

Video shows that the display would continue as the car rolled forward as well which definitely caused a little bit of a distraction.

Court documents claim that not only was Shelton-Cox illegally unrestrained but her actions also caused other motorists to divert their attention. The court documents would read that “The defendant caused undue hazard to other motorists whereby she could have fallen and been struck by other vehicles in the area or her own vehicle.”

She would bond out of jail shortly after.

« What Happens When You Wash Your Car in -40° Weather?