Woman Gets BLASTED by Mustang in Sideshow, Gets up and Walks Away Excited About It

Woman Gets BLASTED by Mustang in Sideshow, Gets up and Walks Away Excited About It

Oh, sideshows. Call me crazy but they still seem kind of difficult to understand. I ...

Oh, sideshows. Call me crazy but they still seem kind of difficult to understand. I guess that everybody has their own thing even if that thing is putting yourself directly in harm’s way.

Essentially, for those unacquainted, what happens is one car or a couple of cars will find their way into a circle of a massive crowd of people. From there, they will continue to do burnouts, donuts, and whatever it is that they can to create a little bit of smoke with their tires and show off or at least attempt to.

When we consider the art of the sideshow, we can’t help but feel like there are far more examples that we can think of where these things going wrong than in pretty much any other form of motorsport. I’m not sure that anybody has sat down and actually gathered numbers on it. However, we wouldn’t be shocked if you have a better chance than not of somebody getting run over during one of these insanely dangerous gatherings.

In this case, this time, we get another piece of evidence that shows off a sideshow gone wrong. The star of the show this time is none other than a Ford Mustang… Shocker, we know. With the reputation that these drivers have, you have to be an absolute madman to stand near one of these things trying to drift.

Anyway, for one bystander, she would meet the side of a Mustang rather brutally. As the car was drifting sideways it took the poor girl out as she flopped to the ground. Fortunately, though, the girl managed to get back up and she actually looked kind of excited about the whole thing. If we had to wager a guess, the excitement was probably a mix of adrenaline and an attempt to cover up embarrassment but in any case, we’re glad she’s ok. 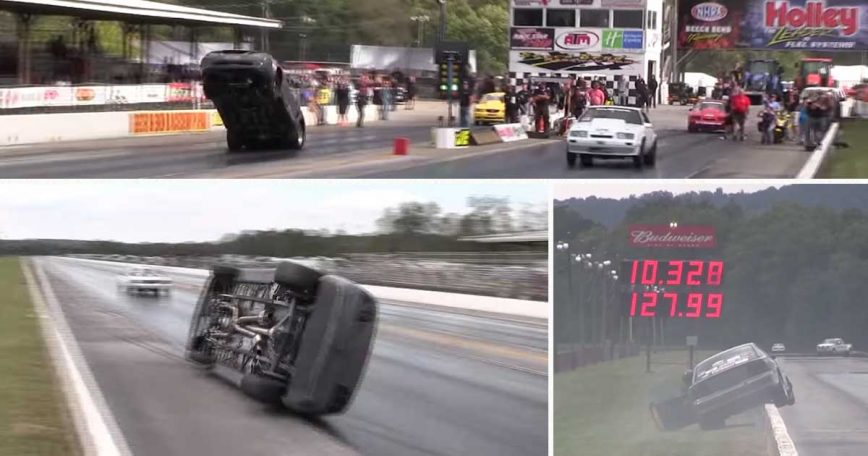