Think the EPA is freaking out now? Imagine their delight if they were to stumble upon ...

Think the EPA is freaking out now? Imagine their delight if they were to stumble upon a project that took an environmentally friendly electric vehicle in a Tesla, ripping the electric power out of it, only to replace that electricity with the grumble of a V8 LS engine.

For those who have been following along with Rich Rebuilds on YouTube, allow us to fill you in. This V8 swap project is exactly what he has been doing with a Tesla Model S. The YouTube creator has become rather popular in the Tesla community as he has made it his duty to figure out how exactly he can modify and repair the electric vehicles. One of his most popular ventures was actually going up against Tesla themselves who publicly doesn’t want their customers to work on their own vehicles.

This time, though, the project in question goes entirely outside of that wheelhouse and into another. The project takes on a concept that I think a lot of us have been thinking about since the Tesla has originally been released but nobody has had the ability or motivation to actually carry it out!

Needless to say, I think that a lot of gearheads are incredibly curious about what it would be like to see an LS-powered Tesla driving around in the streets, though.

Rich says that he is well on his way to being able to make that vision a reality. However, he explains to fans that it takes a little bit longer to do some of these things than they might think. At the end of the day, with a vehicle like this, there’s probably a lot of re-engineering that needs to be done in order to make the new engine fit. In fact, this might even be the first-ever electric to internal combustion swap ever done, when we think about it.

Down in the video below, we see how things have been going with this swap that is truly one of a kind.

Can Tesla's Handle The Deep Snow 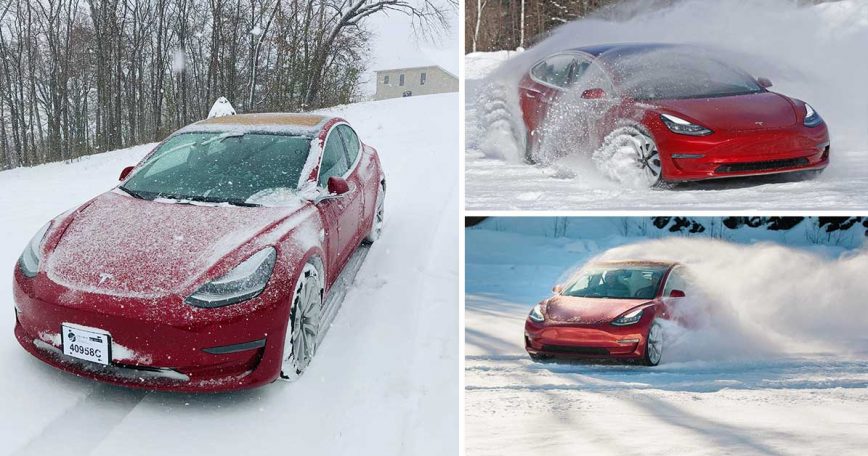