1,650 HP “Fast and Furious” Charger is Probably the Most INTENSE Car From the Series 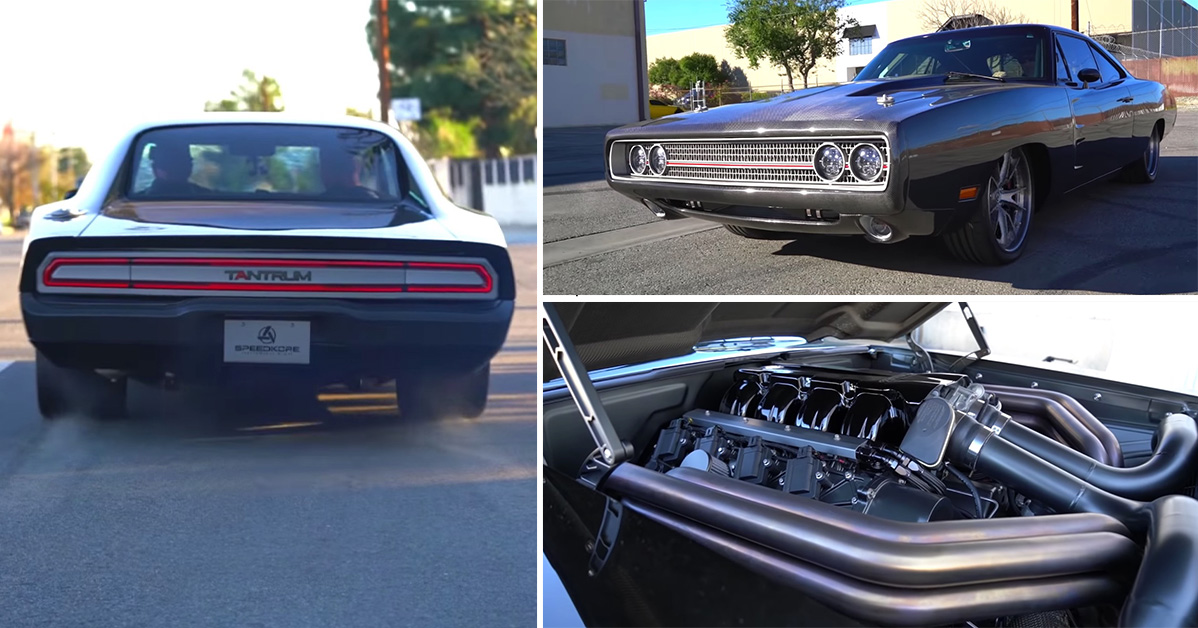 Even though many would argue that the Fast and Furious franchise has strayed far from its roots, avid fans will point out that the cars still take center stage in the movies. Even though we don’t see a ton of street racing, it’s hard to deny that the crew goes above and beyond in the name of finding the best cars that they possibly can to put in the films.

This time, we check in with the machine that truly stands out among a cast of cars that is beyond reproach.

While these days, the films in the franchise feature a lot of high-end exotics, there are some cars that simply can’t just be bought. For example, when we take a look at the 1970 Dodge Charger named “Tantrum” that was built by a company called SpeedKore, we find ourselves drooling over a one-of-a-kind muscle machine that isn’t going to be found on any old dealership lot.

Under the hood of the car, we find a 9.0 L Mercury Racing Engine pulled from an offshore powerboat that’s combined with a pair of 94 mm turbos. The combination is good for 1350 hp on pump gas and 1650 hp on race gas.

That’s just where the party gets started, though.

As we take a look through the machine, it’s completely fitted with just about every single custom component that one could possibly imagine and even a bunch that most probably couldn’t imagine. The amount of carbon fiber on board is completely insane and pretty much every piece has been custom crafted to fit the application in the exact way that the creator saw fit.

Down in the video below, thanks to AutotopiaLA, we get to take a tour of this monstrous machine to really get an up-close and personal view of what makes Tantrum so special.

When all is said and done, we would say the build is priceless. However, we are told that about $600,000 was invested to get the car to the place that we see it today.

« It’s Official, the Corvette is Going Electric and AWD