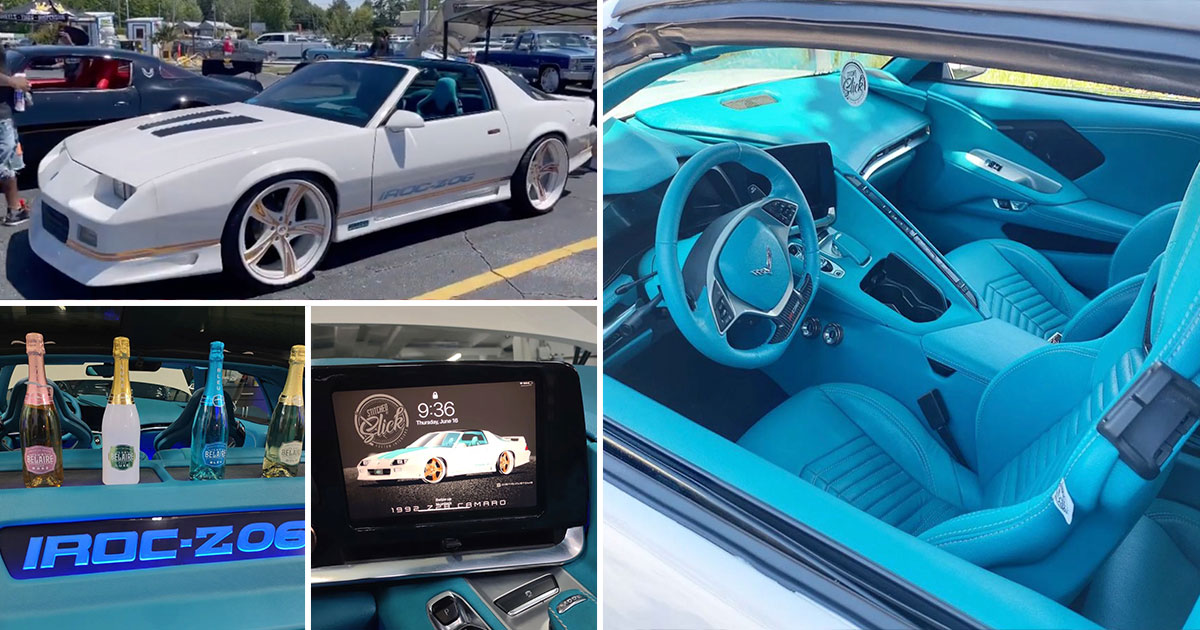 If there’s one thing that I think that most of us can agree upon when it comes to 1980s American car design, it’s that the interiors weren’t all that great. Sure, over the years, they definitely have gotten better but it seems like this is a decade that kind of gave American cars a bit of a bad reputation.

Now, there is something to be said about preserving an interior in a historic sense. However, for somebody who actually wants to use their car regularly, it might make sense to go in a different direction entirely.

This time, we check in with another creation from an interior magic maker who goes by the name of Stitched by Slick upholstery.  The last time that we brought him up, it was because of a 1972 Chevrolet Impala that he managed to transplant a Porsche interior into and the result was nothing short of amazing.

It can be easy to do something like this and completely butcher the result. Trust me, I’ve seen plenty of awful interior swaps. However, it seems like creations from Stitched by Slick always come out looking like something that could’ve come from the factory… maybe not a 1980s factory but you get the gist.

Time, the car up for discussion is a third-generation Chevrolet Camaro. In lieu of the original interior, the owner elected to go with an interior pulled from a 2020 Chevrolet Corvette. The entire thing was redone in Maui Blue, a color not originally offered by Chevrolet. However, those who weren’t aware of this tidbit, might be fooled because this finished product is about as clean as it gets.

Down in the video below, we get to check in with the interior swap that is nothing short of incredible. In addition, we get a peek under the hood that showcases an LS1 swap that’s capable of 345 hp, assuming that it hasn’t been modified. Follow stitchedbyslick on instagram.