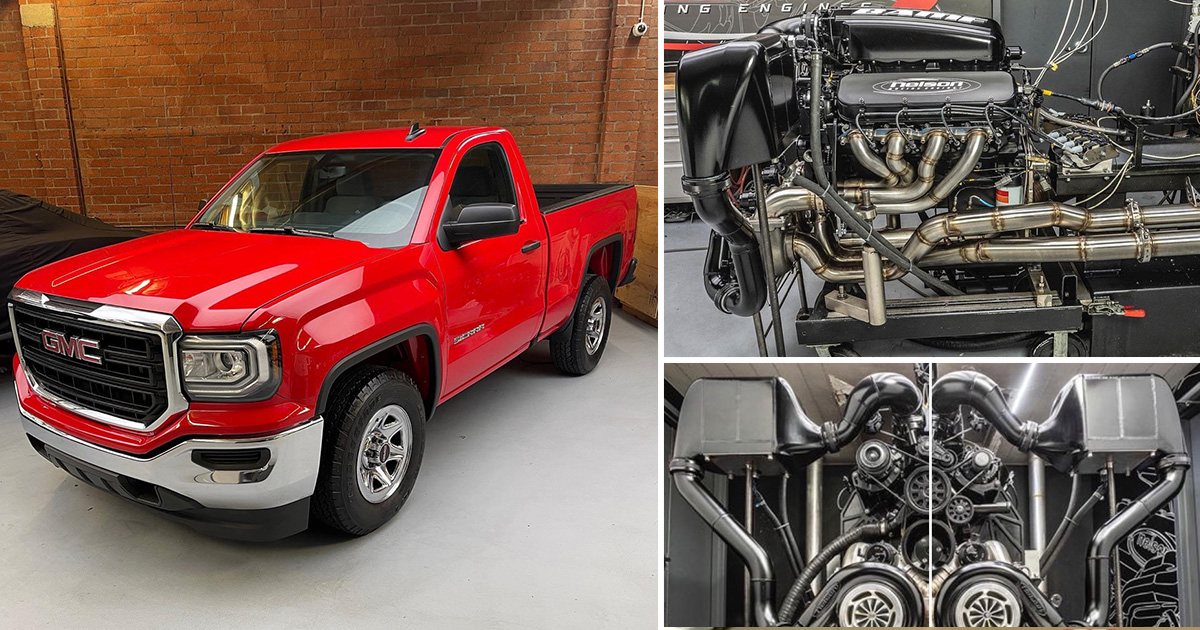 Putting together a hot rod that looks like nothing special but packs a punch that will leave supercars wondering what just happened to them is nothing short of an art form. Some of the most popular sleepers across the Internet do huge numbers on YouTube just because people are left in awe at the juxtaposition of what a vehicle looks like versus how it performs.

This time, we check in with a 2017 GMC Sierra that might just be one of the most shocking sleepers that we have ever seen.

On the outside, the truck poses as a typical single-cab pickup truck. It doesn’t have much to make it stand out and even features a set of standard steel wheels. From what we can tell, there isn’t very much optional equipment in sight, let alone custom parts to lead anyone to believe that the machine is anything but a stock work truck.

However, once we pop the hood, we find out the folks over at Nelson Racing Engines really did a number on this truck, transforming it into an absolute beast.

Under the hood, we find a 10.3L V8 created by the folks at NRE. When paired with a set of 88 mm NRE mirror image turbos, the output is an astonishing 2500 hp. The build is also combined with a Rossler Turbo 400 transmission and custom 9-inch rear end as to make the driving experience one without a bunch of breakages.

One of the cool parts about a truck like this is that we’re also via a report from The Drive that all of the components inside the function as intended. From dashboard gauges to OnStar, this work truck performs just as it should. In fact, we wouldn’t put it past this build to be able to act as a daily driver as well.