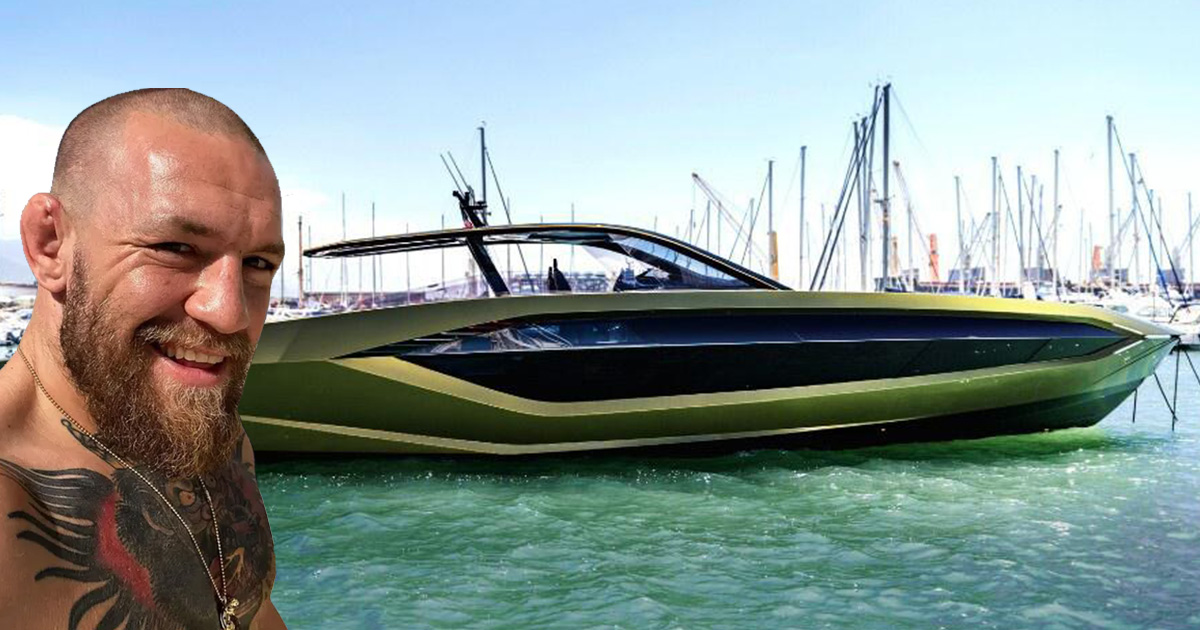 With a name like Conor McGregor, you can bet your bottom dollar that this guy has put away some serious money. McGregor not only has drawn a huge following because of his abilities in the UFC octagon during fights. His polarizing personality has also put him in the limelight as well. It seems as if fans want nothing more than to listen to a couple of spicy one-liners as fighters are arguing it out before a big match.

Even with online resources, it’s kind of hard to pinpoint exactly how big a celebrity’s net worth is. What we can say, though, is that McGregor has won hundreds of millions of dollars during his fights. In other words, he can pretty much go out and purchase just about anything that he wants.

In this particular case, the apple of the fighter’s eye is none other than a super yacht. Fans of the fighter probably weren’t surprised when they found out that his choice was incredibly flashy just like the man himself.

In this video from TheRichest, we have to learn a little bit more about this purchase and exactly how McGregor is sailing the seas with the monstrous vessel. From top to bottom, this thing has just about every luxury that one could imagine. Unlike a typical yacht, though, this isn’t coated in a subtle color. Instead, the Lamborghini yacht is a bright shade of green that is going to attract the attention of just about anybody who lays eyes on this thing.

Down below, we get to take a tour of the vessel that is sure to capture the hearts of many. While being this bold and brazen isn’t everybody’s taste, I think that most boating enthusiasts could probably appreciate the monstrous machine that comes from the folks who typically make some of the most sought-after cars on the streets.

« Brock Lesnar Lifts Rings WITH A TRACTOR at Summer Slam