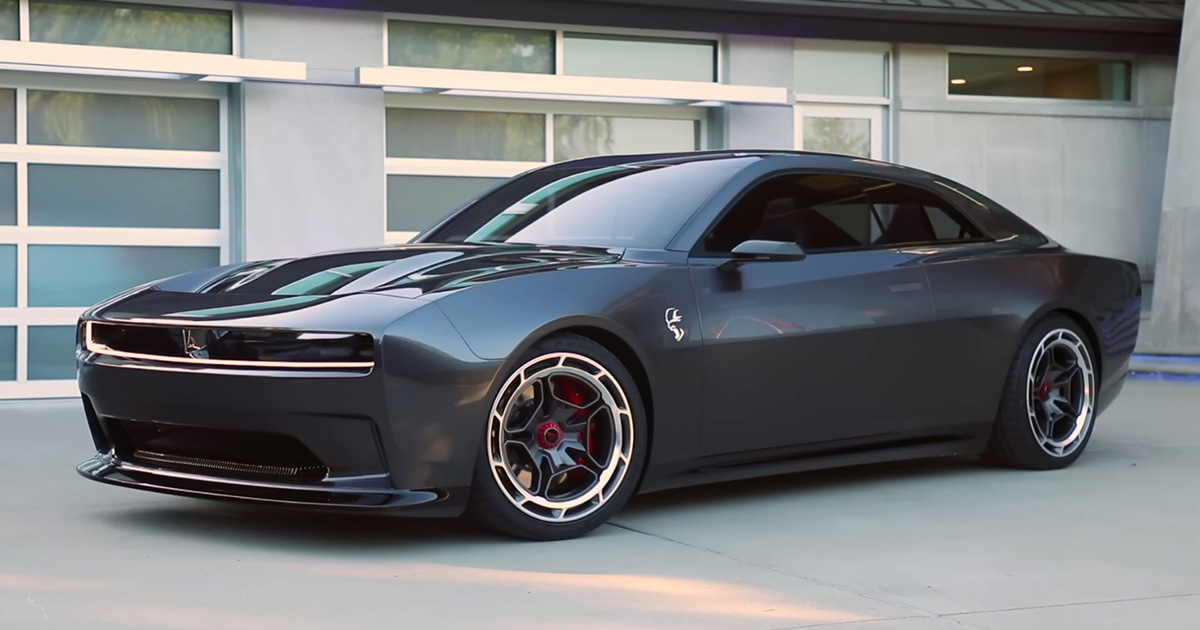 Well, gasoline-powered muscle cars are going to be gone as of next year, at least as it pertains to the Dodge camp. We all knew that the void wouldn’t be left unfilled, even if we weren’t sure if the replacement would be able to come close to filling the combustion-powered shoes left behind. As of now, though, we have gotten our eyes on the first production electric muscle car that’s slated to see showrooms in 2024.

With the release of the Dodge Charger Daytona SRT Banshee, we see Dodge’s first shot at taking the feeling from a muscle car and bringing it into the electric era. For the newly acquainted, the “Banshee” will be the top performance level for Dodge’s electric offerings moving forward. 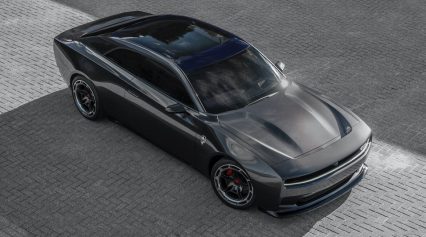 Recently, a clip went viral showcasing the car rolling in for its debut and revving the motors to show off the exhaust. Interestingly enough, the exhaust isn’t necessarily “fake” per se. Dodge has introduced something that they call a “Fratzonic Chambered Exhaust.” This exhaust incorporates pipes, chambers, and an exhaust outlet – air actually flows through the pipes, the sound goes through an amplifier, and actual pressure comes from the exhaust. It’s hard to tell if all of this is just a complicated gimmick or if it’ll stick around but it does provide an interesting take on enthusiasts’ need to hear sound coming from their muscle machine. 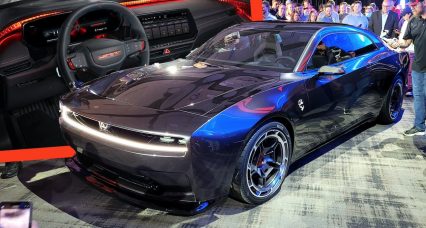 Another interesting addition to the vehicle that’s a part of what Dodge’s CEO calls “the biggest shift since we went from horses to cars” is a “Powershot” feature. The feature is basically a “push-to-pass,” acting in the same way as nitrous does to provide an instantaneous 25 horsepower boost at the push of a button to the all-wheel-drive machine.

As far as performance goes, the car will be powered by an 800-volt Banshee propulsion system on the top trim level. While full specifications are pending, we would be absolutely shocked (no pun intended) if the electric muscle machine offers anything less than Dodge’s most potent vehicle offerings of today. With the way that EVs are already out there performing, the writing is on the wall that this thing is going to be incredibly badass. 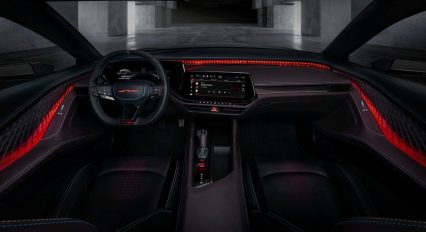 As far as the timeline is concerned, Dodge CEO Tim Kuniskis cites government fines for gas mileage requirements as being one of the main catalysts as to why the car has come out when it has. With that, Dodge says that they’re trying to bring the same excitement that they have proven to bring in the past with its performance offerings.