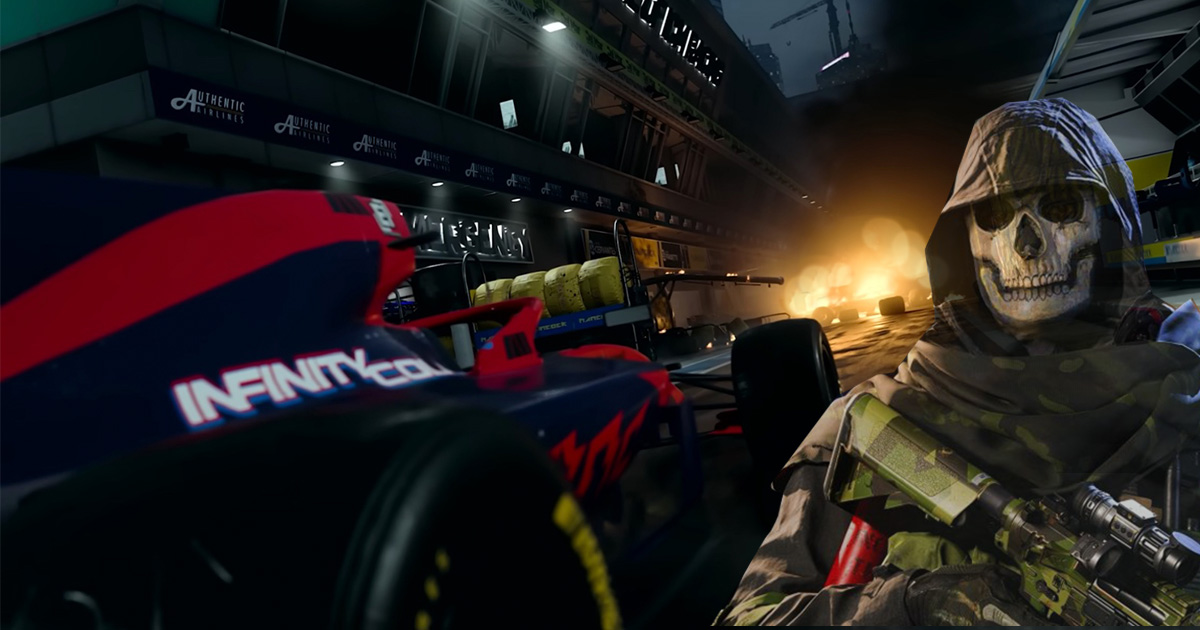 What is this a crossover episode?

One of the most popular video game franchises these days, Call of Duty, takes it upon itself to simulate certain aspects of war and engage players in a way that keeps them coming back. One of the ways that games like the COD franchise and other similar games do this is by introducing new factors like playable maps that keep things interesting.

The racing community might just recognize one of the most recent additions to the Call of Duty Modern Warfare II map list as the location is straight out of Formula 1. The layout shows us a version of the real-life Singapore Marina Bay F1 Grand Prix track that has been replicated to become a virtual playground.

The game is slated to use this particular map to allow a 6v6 multiplayer experience. For those looking to play as soon as possible, the map will be a part of the beta version of MWII that is set to release on September 16. The full game is slated to officially come out on October 28. However, those who elect to preorder will be able to crack into the campaign on October 20.

Every good map in video games of this sort brings in a couple of key elements like balance, detail, and organization. It’s kind of hard to tell from a simple teaser video just how well a map like Marina Bay will actually play when push comes to shove. What we can say, though, is that the visuals most certainly have us excited as they showcase the dark and dreary garage area where players will presumably have lots of places to hide.

The video down below from the official Call of Duty YouTube channel gives us an inside look at this map with a flythrough that might just have some even more excited for the upcoming release.

« NASCAR’s Most Iconic “Are You Stupid!?” Moments