Can One Man Build His OWN Electric Truck? (Electric Humvee Conversion) 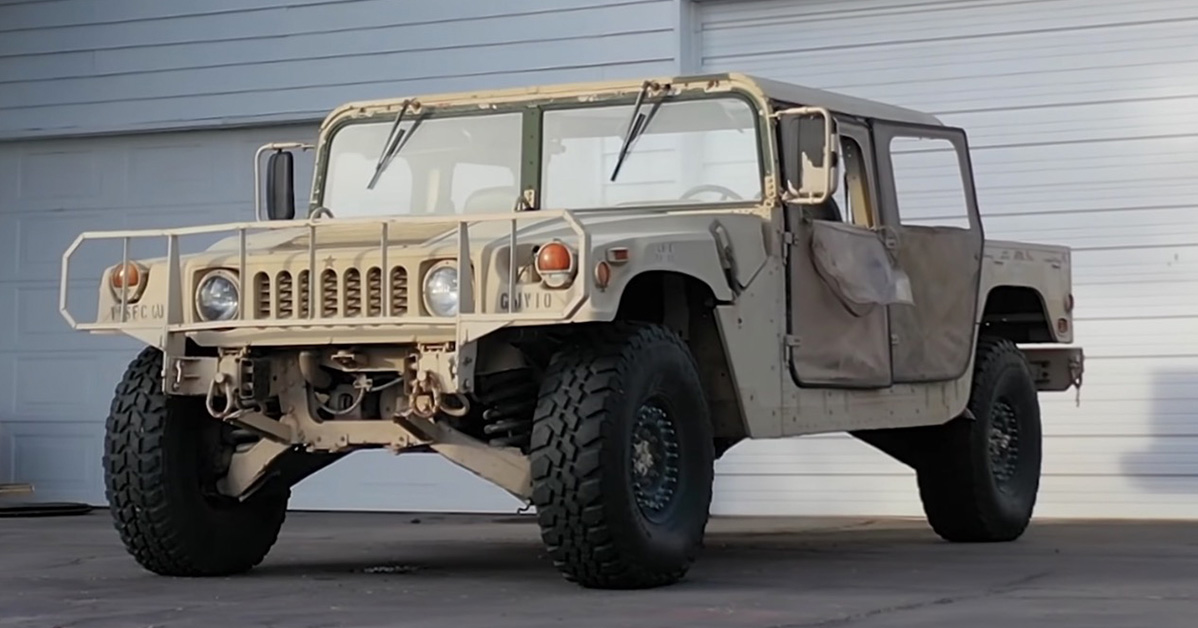 It’s almost a certainty that the electric vehicle is going to be a staple of the not-so-distant future. As companies like Tesla really begin to hit their stride and unleash some pretty impressive machines like the Tesla Model S Plaid that’s capable of breaking records on the drag strip, it really seems as if things are getting going in that space.

However, it’s also noteworthy that electric vehicles are still relatively in their infancy. While it’s not exactly clear if electric technology is going to catch up and eventually end up taking over the automotive industry as we know it, we would assume that some developments are definitely going to come to make EV’s even better than they are and more accessible.

We would also venture to think that there are probably going to be companies who specialize in taking gasoline-powered vehicles and converting them to electric power as well. At the end of the day, if gas pumps end up becoming fewer and further in between, some folks are definitely going to want to keep their ride around and still be able to drive it which will be much easier with an electric swap.

This time, we check in with the creator by the name of JerryRigEverything who is embarking on a pretty big journey. In fact, with this swap, he’s creating what he seems to think would be the perfect vehicle in the case of a zombie apocalypse. Sure, when it comes to a Humvee, everybody thinks that it would be great for such a dystopian future. However, our host foresees that, in such a situation, gasoline might not be available and the existing gasoline is going to go bad within a short period of time so why not create an all-terrain monster that creates ridiculous power all while being able to be recharged by the sun?

Down in the video below, we check out the first couple of steps of this project that is in their infancy. When all is said and done, though, we could see this Humvee being one that stands out from the pack.

« Absolutely Nasty No Prep Chevelle Hits the Dyno at FuelTech