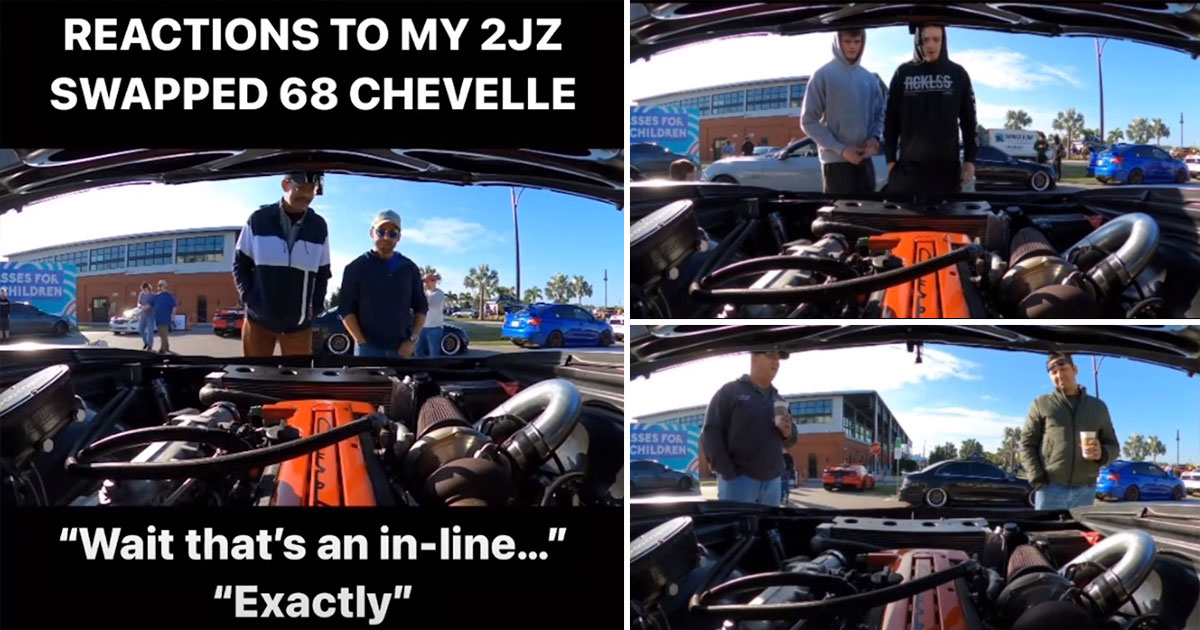 One of the things that we can’t help but love about automotive modification culture is that one can express themselves in whatever way they want. I might even go so far as to say that modifying a car is sort of an overlooked art form. You could potentially tell a lot about somebody by the way that they modify their car. The car they pick, the components that go into it, and even the quality of work really say something about a person.

This time, we check in with a modification that really takes things over the top. The idea this time was to take a classic piece of Americana, sourcing a 1968 Chevrolet Chevelle, and taking an engine that is very far from this car’s roots to transplant it under the hood.

The result is an American muscle car with the power of a Japanese beast. While a 2JZ is an engine that has built up a great deal of respect around the community for good reason, it’s not exactly what one would expect to find under the hood of something with a bowtie on the front of it from the 1960s.

While some might consider a swap like this genius as it borrows the heart of the iconic Toyota Supra, others might consider it a bit blasphemous. The beauty, just like a fine work of art, is truly in the eye of the beholder here.

Therefore, the owner of this unique swap decided to head to a car show and stick a camera under the hood to see what people thought. The reactions really had a wide scope of diversity as the car received a wide range of interest including from two thumbs up to people thinking that maybe the engine was an in-line six-cylinder diesel from a Chevy pickup truck.

Follow along below to see exactly what people think of such a unique ride.