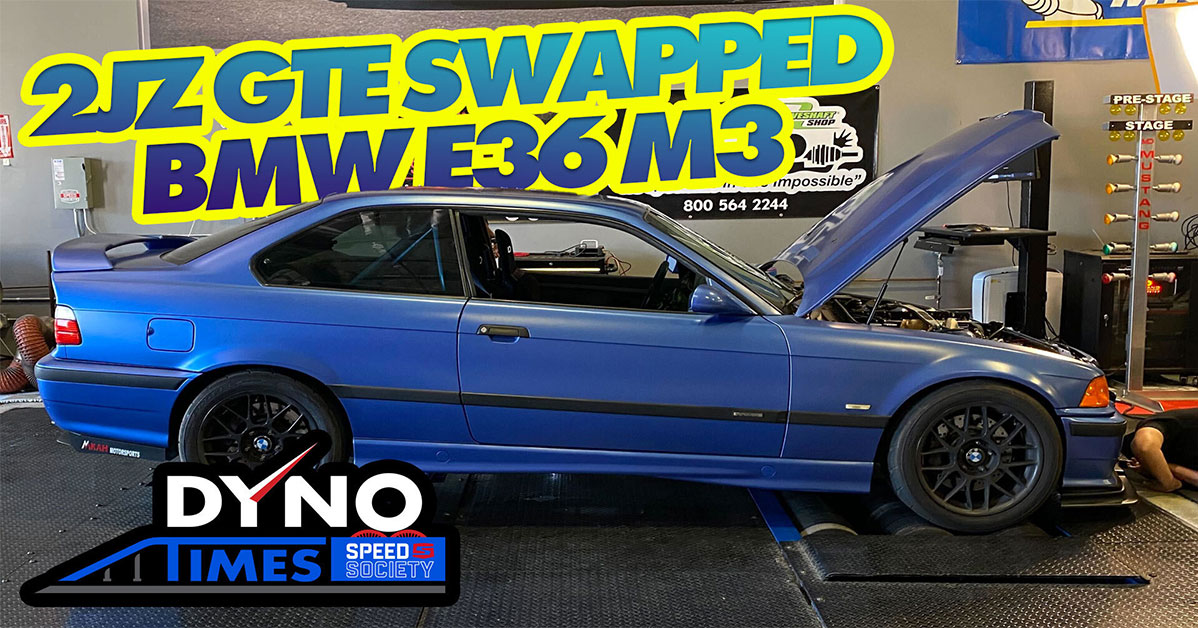 One of the awesome things that we can’t help but love about the car community is that all sorts of builders from different corners of the community have a way of keeping us guessing. A car has a way of acting as a canvas and the potential for creativity is pretty much endless. The boundaries reside where the builder runs out of ability or money. Anything else is fair game as we can expect to find a variety of wild combinations out there at any given track or car show.

With Speed Society’s Dyno Times series, we have brought some of these insane builds into Speed Society headquarters to play a little bit of a game on our Mustang dyno. The idea is to see how different builds stack up against one another and just how good our crew is at guessing exactly how much horsepower a particular build is going to make.

This time, we check in with a very unconventional combination that is a lot more than meets the eye. When rolling around on the streets, this particular BMW E36 M3 probably turn some heads because of the obscure sound that it makes for the model that it is.

Upon popping the hood, though, the mysteries come around full circle when we find the likes of a Toyota 2JZ engine. From there, with the help of parts like a 7687 turbo and Grannas Racing T56 Magnum manual transmission conversion, the build is most certainly going to get a stamp of approval from a wide variety of enthusiasts. Who doesn’t love the idea of slamming gears in a Supra powered BMW that makes an absurd amount of horsepower?

By following along with the video below, we get to see just how much horsepower this crazy build makes. Be sure to jump over to the Speed Society YouTube channel to wager your guess in the comment section as to just how much power this wild M3 is going to create.