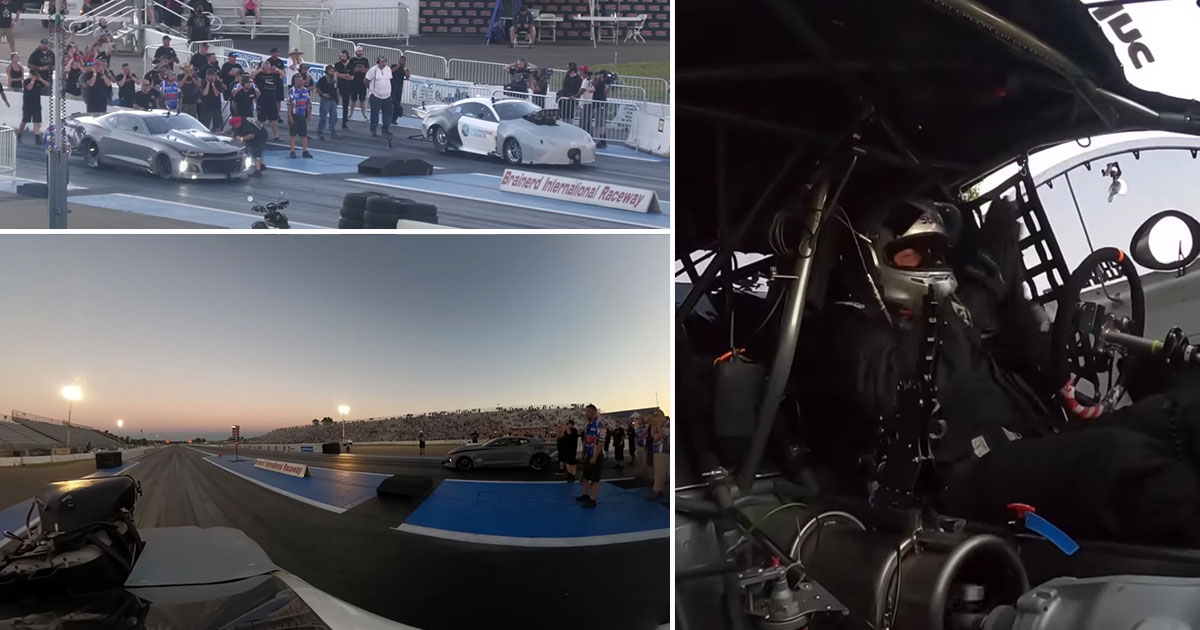 Anyone who has been close to just about any form of racing those that sometimes, it can come with its fair share of adversity. The unsettling part can be that sometimes this adversity can come back-to-back as situations really snowball. Maybe the events don’t have anything to do with one another but somehow, they can manage to collect on top of one another until they build a wall that seems impossible to get over.

For popular No Prep Kings competitor, Justin Swanstrom, that was precisely the case. With some recent events, though, hopefully, his luck is turning around a bit.

If we go back just a couple of weeks ago, we would watch as Swanstrom was collected in a wreck at a No Prep Kings event. Unfortunately, this wasn’t just a small fender bender, either. Instead, Swanstrom ended up in the wall and his ride would catch on fire.

It seems as if this guy and his team have the hearts of champions, though. It wouldn’t be long before we would see Swanstrom back on the track again in that same car, albeit a bit patched up.

After going through such a harsh event, things couldn’t continue to go poorly, right? Well, actually they could. It was at this point that the transmission actually blew up inside of Swanstrom’s car, another event that Swanstrom featured on his YouTube channel.

Times like these not only require lots of long hours invested into keeping the car going but also a good amount of mental toughness. If there’s ever a point in time where a driver would want to give up, this is it. Fortunately, though, Swanstrom and company kept on pushing.

Things would seem to turn around as No Prep Kings headed to Brainerd International Raceway where Swanstrom was able to go home with a victory.

Down in the video below, we get to see Justin go head-to-head with perhaps the heaviest hitter on the No Prep Kings circuit. The battle between Ryan Martin and Justin Swanstrom was certainly a good one. When it came down to it, though, Swanstrom had just enough to get past Martin and take home the victory at Brainerd.