Daddy Dave Takes a Trip to FuelTech to Check Out Wild Turbo Opala SS With Anderson and Luis. 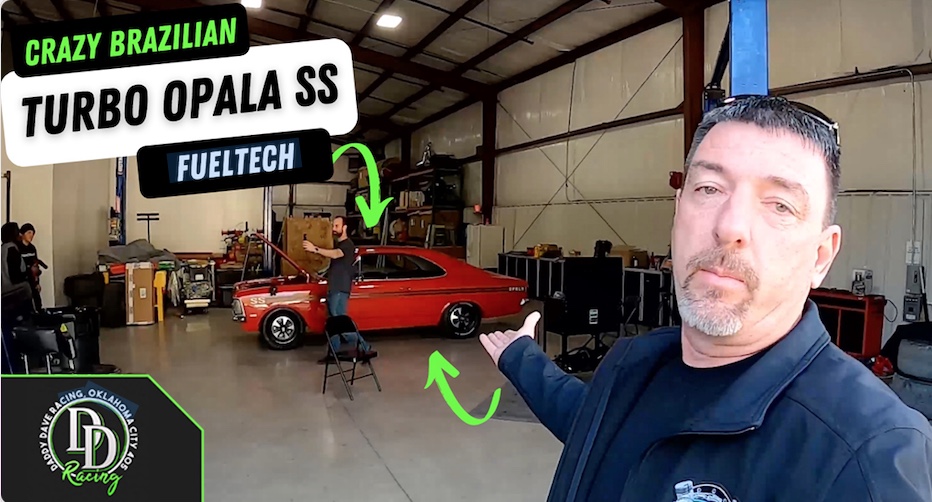 If we were to ask the Street Outlaws crew what the most challenging part of their journey is, we would venture to say the most would likely say it’s the maintenance. Maintaining a car that can go that fast is simply something that is easier said than done. Not only are countless hours in the garage required to keep these racing machines up to par. Sometimes, it also means taking an impromptu road trip that might just eat up a couple of days as well.

This time, that’s the precise situation that we find Street Outlaws fan favorite, Daddy Dave in. As Dave tells us in his vlog, he’s getting ready for No Prep Kings season five which is right around the corner. However, he hurt his engine racing on Street Outlaws: America’s List. As is the case flipping from one event to the next in such a quick fashion, Dave needs to have a quick turnaround on getting this engine back up to full health once again so that he can be on top of his game.

This time, we ride along as Dave takes a trip over to ProLine to have his engine fixed up and stops over at FuelTech as well to see what they have going on.

Dave tells us that he loves going to FuelTech because he never knows exactly what he’s going to find or what they’re up to. This time, waiting on Dave is a pretty cool supercharged LS swapped dually, the first-ever 8-second C8 Corvette, and a turbo Opala that will absolutely blow your mind.

By tuning in with the video below, we get a look at some rides that are not only incredibly fast but also pretty unique as well. These aren’t just machines that you’re going to see rolling around at any old race track or car meet.

« Giving Away a Car, the Only Catch is Contestant Has to Fix it in 2 Hours