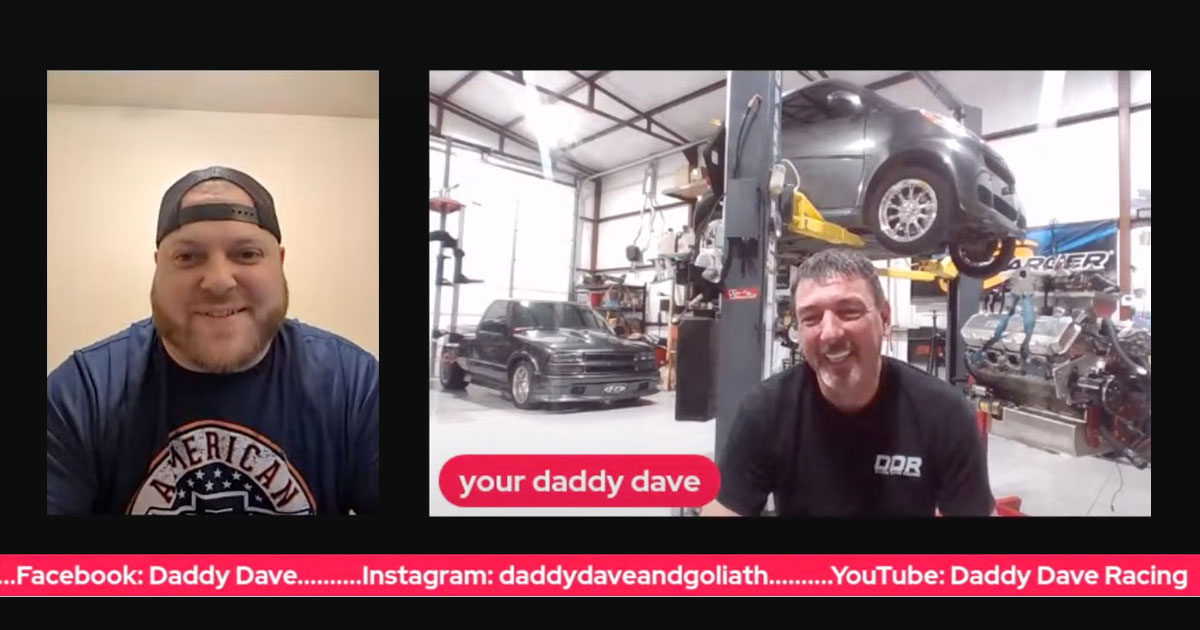 With a Street Outlaws fan favorite such as Daddy Dave, his schedule isn’t simple. Instead, there are a ton of different things in motion at once. It can be easy to miss something as Dave is on the road every week, competing in lots of different racing series, each with their own set of challenges.

While a guy like Dave isn’t one to take a break very often, this time, he at least takes a moment to sit down and step away from the action for a moment to recap what has been happening.

In the recent episode of the Stat Guy Show, Dave talks about his life and what’s been going on around him. This includes explaining some of the things that we have seen in recent episodes of Street Outlaws. There is a lot to talk about here as the show’s format has undergone a massive overhaul as the competition has gone back to its roots, removing the big tire cars and replacing them with more relatable small tire machines.

In the podcast, he also discusses a hot-button topic in his big tire NPK build that has most certainly pledged to try out something out different. Instead of American muscle, Dave’s new build has the looks of an Audi which is something that we haven’t seen in the scene just yet. There’s certainly a lot to unpack behind that build as well.

Below, Dave spills the beans, giving us the rundown on everything that fans want to know about his life, racing career, and more. Being able to watch Dave and his competitors on television is one thing but being able to sit down and listen to a long-form discussion really gives us a new perspective on what exactly is happening behind the scenes with some of the Street Outlaws.