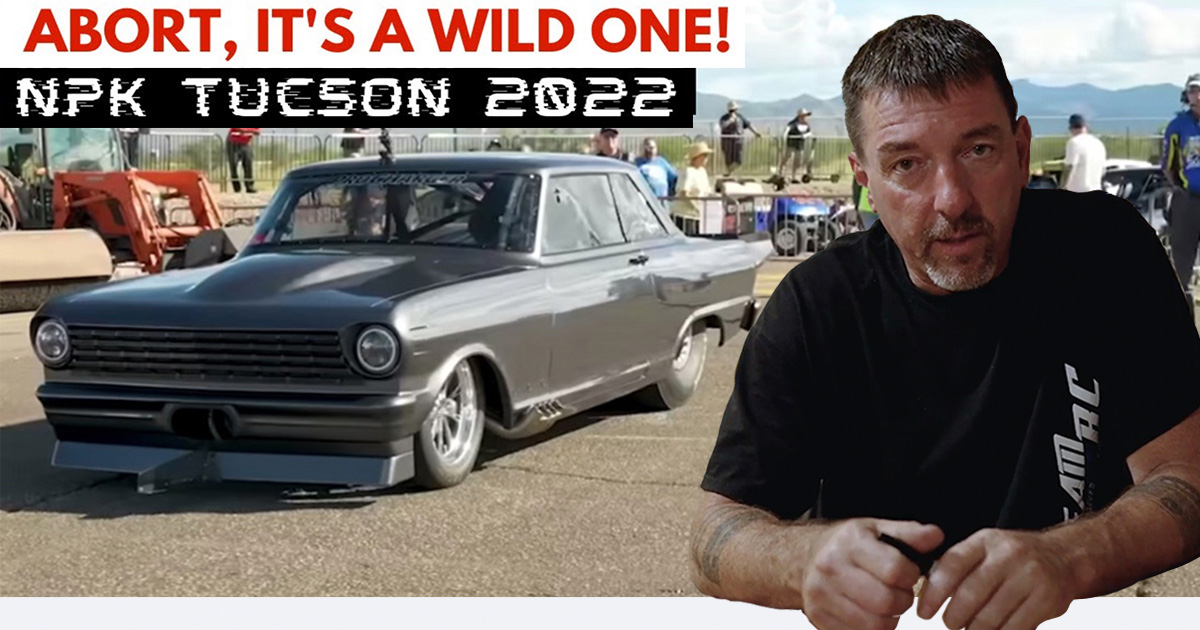 Heading into No Prep Kings Tucson, let’s just say that Street Outlaws fan favorite, Daddy Dave, hit a little bit of a rough patch. As his car, Goliath 2.0, managed to break at the NPK event in Tulsa which then made him miss the Idaho event, Dave was probably raring and ready to get off of the sidelines and back into the action. When NPK Tucson came around, the Chevrolet Nova was ready to go once again. Still in the top eight in the standings, Dave would qualify for the “Great Eight” race which allowed him to have a shot for up to $15,000 and some all-important points before the invitational that weekend.

Most Street Outlaws fans would identify Dave as one of the top competitors in the NPK series, frequently finding himself toward the top of the pack. As far as the early stages of Tucson went, though, that probably didn’t feel like the case for Dave or his fans that were watching. In fact, we would even go so far as to say that the racer was a little bit shaky in practice due to what Dave says were some sections of the track that his car didn’t quite agree with.

This time, we get to ride along with a video from Dave’s YouTube channel as he takes us behind the scenes. Just because practice didn’t go over so well wasn’t going to mean that a racer like this was going to just pack it in. Instead, this particular video gives us Dave working on the car, gathering data, and trying his best to stay on the road to the top all while giving us some keen insight through his narration. Even the best in the game have struggles sometimes and Dave is certainly no exception. However, what separates the best from the rest are their willingness and ability to do what it takes to turn it all around.