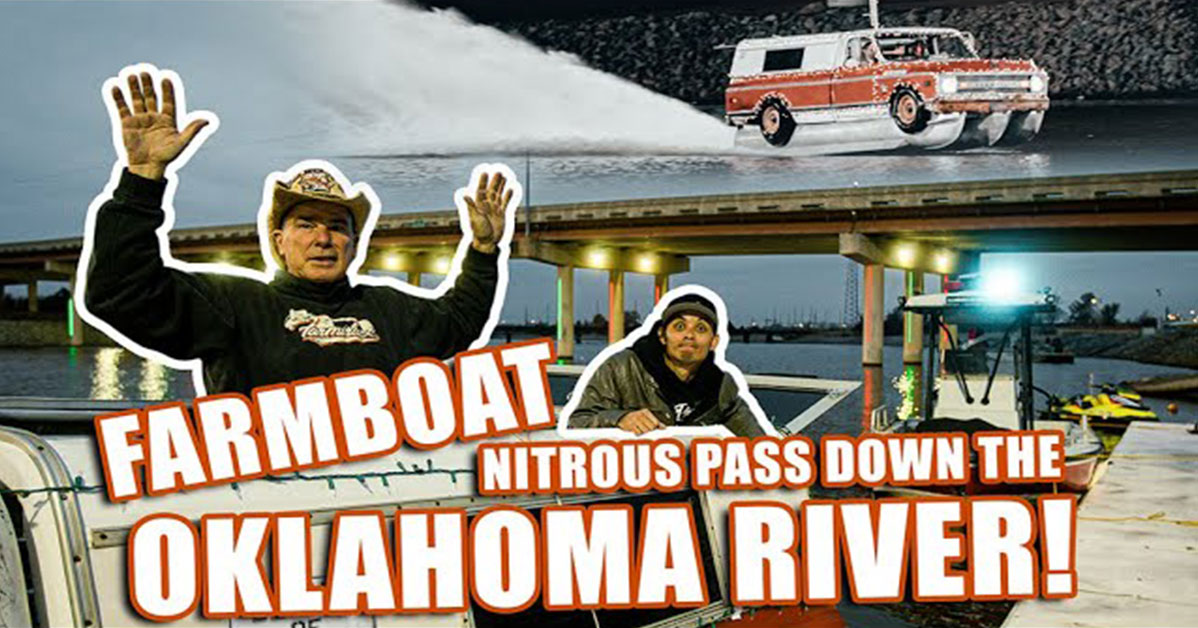 As of January 10, we will be able to see fresh new episodes of Street Outlaws: Farmtruck and AZN as they air Mondays on Discovery.  The show features a couple of our favorite original Street Outlaws competitors who have launched their own spin-off that has dived deeper into their personas.

As we have come to know, this dynamic duo is known on the original Street Outlaws show for their wacky and off-the-wall builds. Their new show will double down on this interesting part of their personalities. Each episode is said to feature its very own unique creation that comes straight from the minds of team FNA.

One of the already well-documented creations that they’ve put together is known as the Farmboat. As it turns out, keeping a bright orange Chevrolet pickup boat a secret until the show releases was easier said than done. After the truck had gone viral on the Internet with several clips, it seems as if FNA decided to unleash some of their own content on the boat prior to the official Discovery Channel release.

This time, we check in with this interesting-looking creation as it taps into its full potential. During the Christmas parade that takes place on the Oklahoma River at the river sports park, we see what Farmboat has to offer. Even though this river sports park was originally created for Olympic rowing, drag boat racers also discovered that it’s one of the best places in the country to lay down a couple of passes.

Therefore, down in the video below, we tune in with the Christmas celebration that has Farmboat decked out in Christmas lights and going at a full head of steam. Not only did the contraption participate in the Christmas parade. We also got a chance to see it run wide open not only on the motor but also with a little bit of nitrous.

« Flying a Leaf Blower Powered Airplane Made of Foam