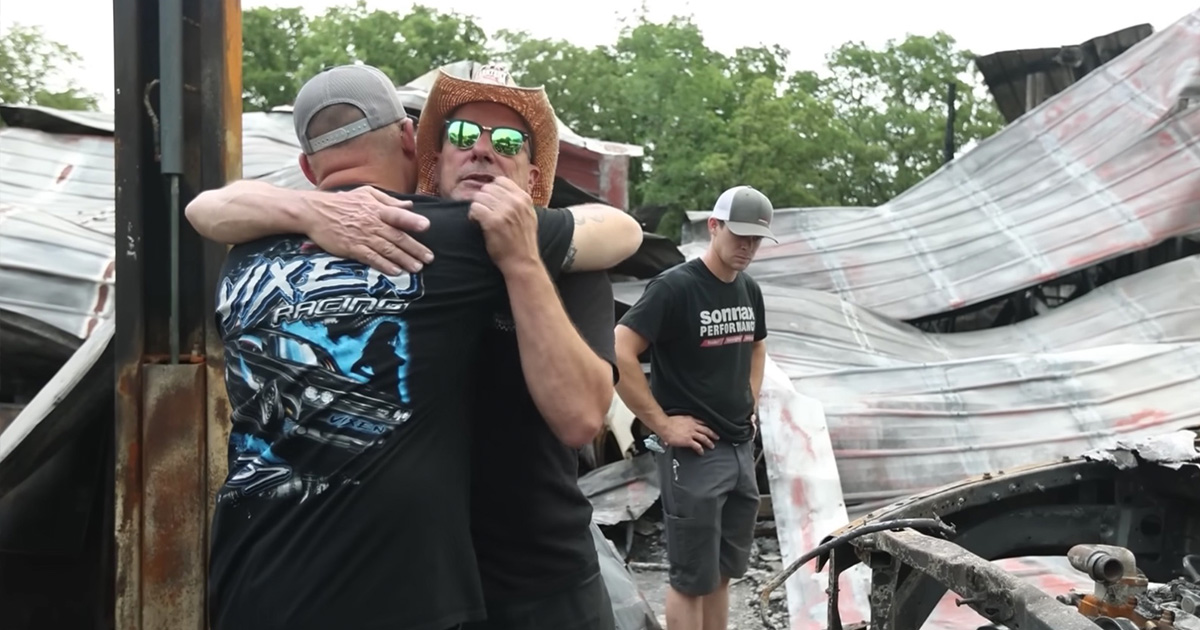 It’s amazing how the car community seems to always have each other’s backs. Even though in the heat of battle, we all like to get as competitive as we can, it seems like when it matters most, most of us seem to have each other’s backs. Whether it’s something simple like helping out with turning a couple of wrenches on race day or coming through when it really matters, there’s just this welcoming and friendly nature in the community that makes it feel like car enthusiasts are really just one big family.

This time, we check in with a video that definitely features a pretty unfortunate situation. When Brian and Dylan of CN Smoke Diesel Performance faced a fire that would claim their entire business, it was nothing short of a tragedy. However, a couple of friends saw the issue and decided to come through and help in a big way.

Of course, after a shop burns down, those who own it are going to have to go back and pick up the pieces, trying to source all of the machinery that was lost along the way. A process like this isn’t as simple as a single insurance claim but instead absorbs a lot of time and extra money as well. It takes a lot of effort to put together a shop full of the right tools to get the job done and that’s really not something that can be replaced overnight.

This is where Farmtruck and AZN felt as if they could step in to help the cause. Originally, the concept was to help out with a new lift. However, before long, they found themselves donating an entire trailer full of crucial tools to get the job done. Not only is this an incredibly generous act that donates some expensive tools to the recovery effort. In a situation like this, it’s also nice to know that there’s somebody out there looking out for you as well. Check-in with the duo in the video below from the FarmtruckandAZN YouTube channel.