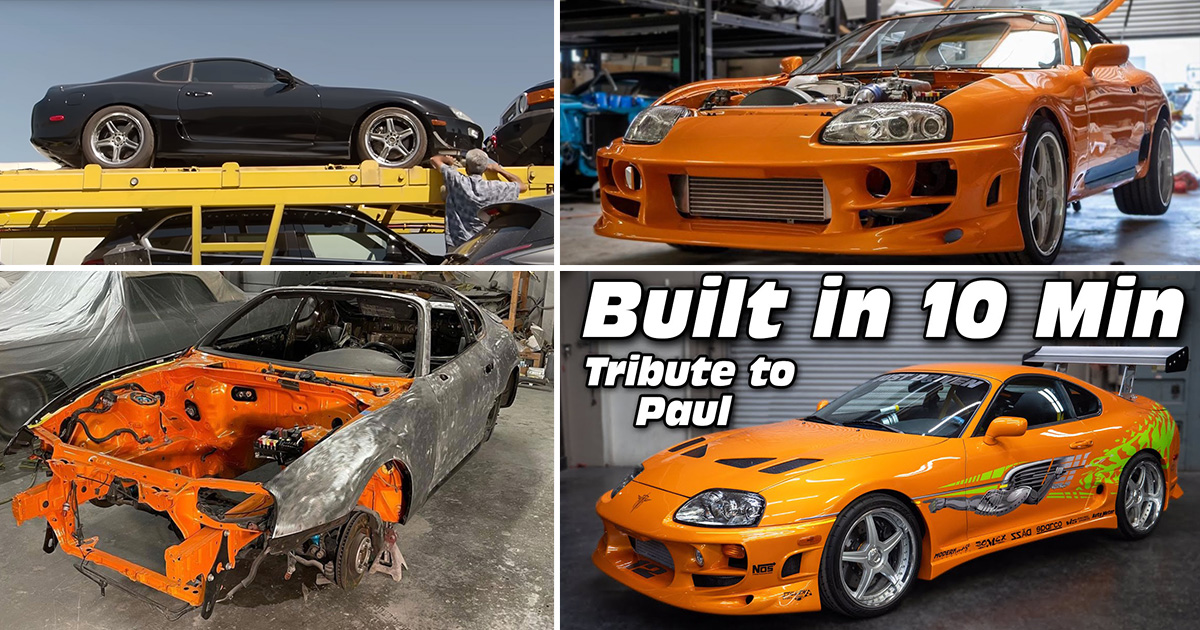 When it comes to the Mount Rushmore of movie cars, deciding which rides qualify could spark a fun debate. However, no matter who is creating the list, it’s hard to refute the idea that a couple of cars from the original The Fast and the Furious film have to be somewhere near the top. Primarily, the orange Toyota Supra that was driven by Paul Walker’s character, Brian O’Conner, it’s going to take that number one spot on the vast majority of lists.

Therefore, all of these years later, as the series is still held in high regard by car enthusiasts, the orange Supra that we saw all of those years ago has become an almost living, breathing thing at this point. Not only do we see different screen-used versions of the car bringing big money at auction. We also get to see all sorts of different replicas come to life as enthusiasts try to channel their inner Brian O’Conner.

One of the interesting things about creating some of these replica cars is that it’s not as easy as painting your Toyota orange and slapping some decals on it. Not only is the Supra an incredibly sought-after model these days that’s bringing big money. The parts that are required to turn the car from a typical Supra into a Fast and Furious replica are becoming much harder to find. Therefore, creating something that looks identical to the machine on screen can be incredibly tough. With that said, when we see a solid replica, it’s definitely something that we can’t help but sink our teeth into.

This time, we check in with Just Driven who took the time to go down to the frame of one Supra and transform it into the bright orange machine that we all know and love. With the video below, we get the abbreviated version of the build that takes a typical Toyota and turns it into an icon in just over 10 minutes.