Ford’s 7.3L Godzilla Gets Turbo’d in a Swapped Mustang! 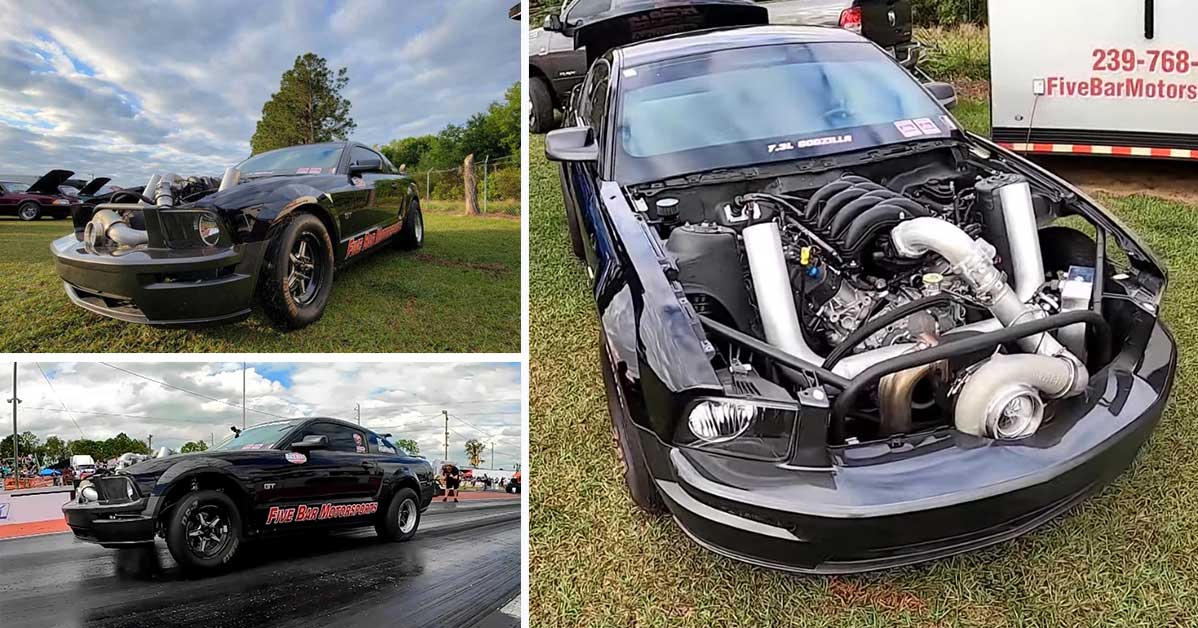 When Ford announced that it would be offering a 7.3L monster that goes by the name of “Godzilla,” enthusiasts couldn’t help but be excited. As they say, there’s no replacement for displacement and this massive displacement V8 would give those looking to create horsepower another option to do so. The engine wouldn’t be naive to the Mustang but we knew that it would eventually find its way there.

With that, the engine is still relatively early in its development but it seems as if some excited enthusiasts have gotten their hands on these things and are really looking to turn them up. This time, we check in with a 7.3L Godzilla application from a shop by the name of Five Bar Motorsports.

As it turns out, because of the lack of modifications for these things, the combination here is bosting a stock engine. However, things get interesting once that stock engine is combined with a nice-sized turbo. In order to spice things up, the engine that would be traditionally found in one of Ford’s Super Duty pickup trucks has been paired with the likes of an 88 mm turbo along with a turbo 400 and a 9-inch rear end to get all of the power to the ground.

The car has also been hooked up with a VCT lockout but other than that there’s nothing too crazy on board.

Down in the video below, SVTPerformance on YouTube takes us to the track to see exactly how this Mustang that originally had a 3 valve V8 under the hood has been brought into the new era with the likes of Godzilla.

Although it is pretty early in the lifecycle of the Godzilla power plant, we could see these things being pretty popular. If a machine is running like this with a relatively stock engine, just imagine how wild these things are going to be when the parts start rolling out more and more.

« For Some, The Struggles of Living With an EV Are Tougher Than You’d Think