Police Surprise Boy With Power Wheels Tractor After His Was Stolen 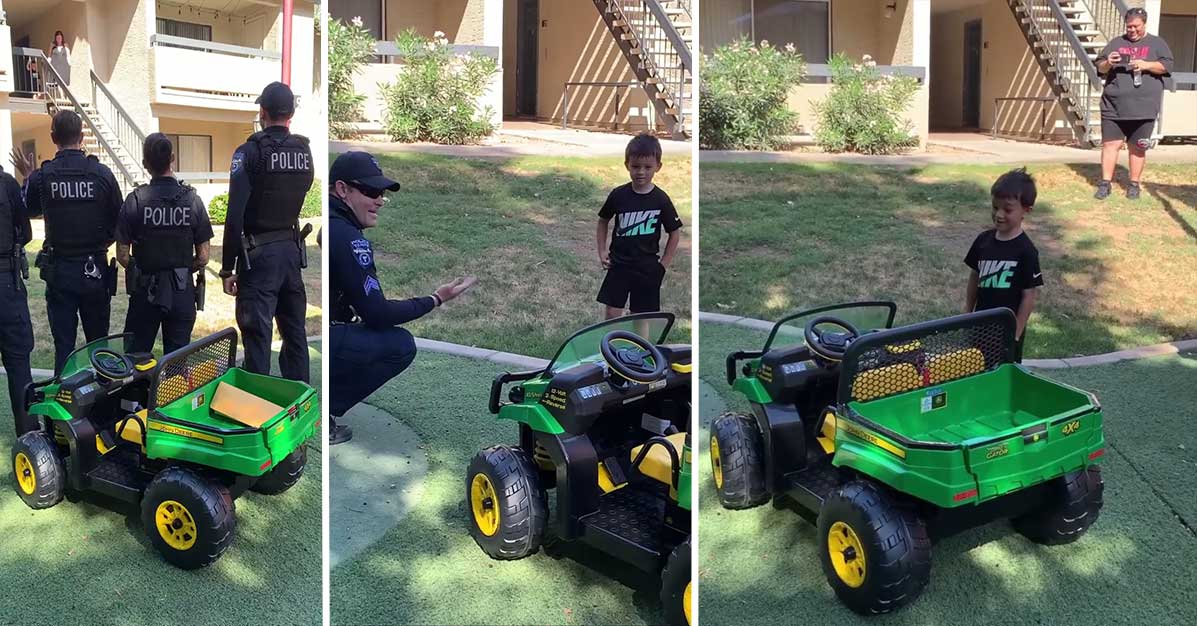 One of the worst parts about criminals is that they never really know who they are targeting or how their actions can impact others. All that these individuals seem to care about is the potential for an underhanded profit. They don’t stop to think that they could be negatively impacting people who are already having a hard time.

In one case of theft in Arizona, thieves would make off with something that wasn’t necessarily all that expensive but had a lot of sentimental value. According to ABC News, Peter Philbrook took to Facebook to post that his four-year-old son, Gerald, had his battery-operated Gator tractor stolen from dad’s truck.

While these things can be a couple of hundred bucks, dad said that it wasn’t really the monetary value that hit his family the hardest. Instead, he made a comment that it was more about the fact that the vehicle was a project that he and his son had worked on together. It wasn’t all about money but instead sentimental value and time that they spent bonding over the small tractor.

As the post was made to Facebook, it was discovered by the wife of Tempe Police Sergeant Andrew Brooks. Brooks’s wife then decided to share it with her husband who sprung into action.

Brooks would then get together with the Tempe Police Officers Association along with teaming up with the local Walmart to buy Gerald a brand new tractor. Down in the video below, we check with what’s definitely a teary-eyed situation as Brooks presents the new tractor to young Gerald. Along with the tractor, Gerald also got his very own personalized license plate and a sticker to spruce up the ride a little bit.

It was rather unfortunate that any of this even took place. However, we think that it’s pretty nice to watch the community come together over something like this.