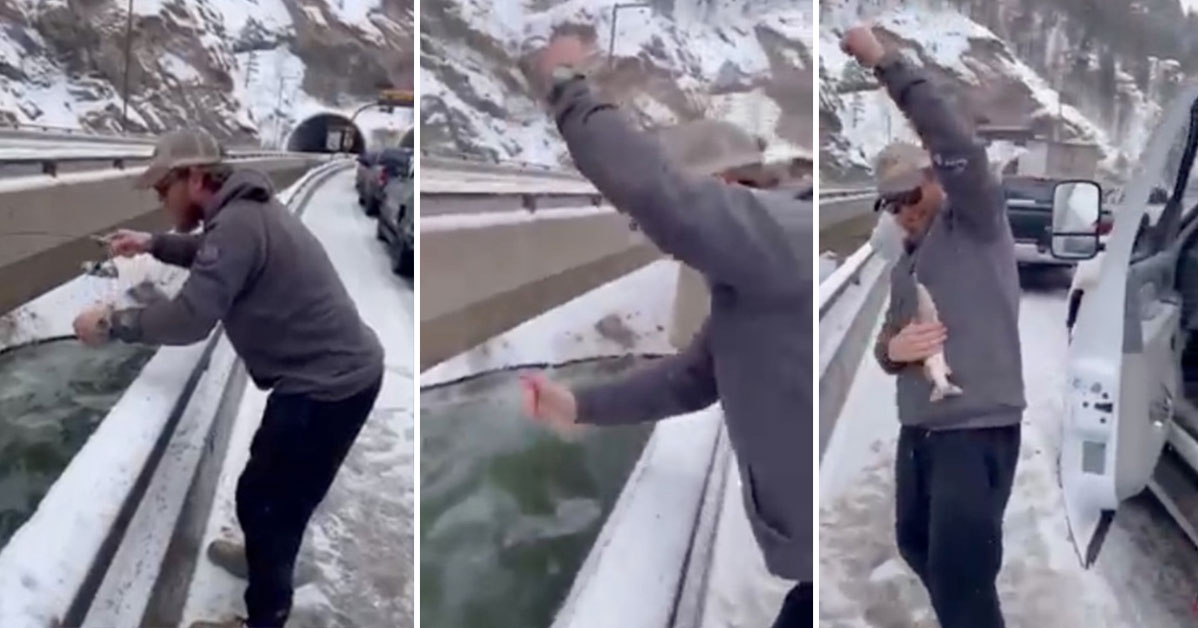 There is absolutely no denying that being stuck in traffic is not a good time. When the cars stop moving and you’re at a standstill, there’s nothing you want more than to just get where you need to be. Unfortunately for some folks in certain areas of the country, the idea of insane traffic jams is more familiar to them than to others around the rest of the country.

As somebody who’s not from Colorado, I wasn’t too familiar with I-70 but apparently, from a quick Google search, it seems to be an area that gets congested pretty frequently. Apparently, on the mountainside highway, the Colorado Department of transportation’s website tells us that traffic incidents happen frequently and can cause these massive traffic jams.

This time, though, we check in with an individual who decided to get a little bit creative and not just spend his time in traffic scrolling through his phone. Instead, he brought along a fishing line and decided to drop a hook off of the side of a bridge on I-70 to see if he could catch anything while he was waiting for traffic to start moving again.

Lo and behold, moments after dropping that hook, he would get a couple of bites. The fisherman almost didn’t believe his eyes when he reeled his line back in and actually caught something. I guess that, at the end of the day, this isn’t a bad time to get in a little bit of rest and relaxation, recharging your mind while waiting for traffic to get going.

Down in the video below, we check in with the funny moment that takes us to the bridge and shows the moment when that fish got reeled in. This certainly seems to be quite the welcome distraction for other motorists who were probably a little bit less upset about sitting in all that traffic on this particular day.