Man Stands in Way of 40,000 lb Farm Equipment Because He’s Mad About Dust 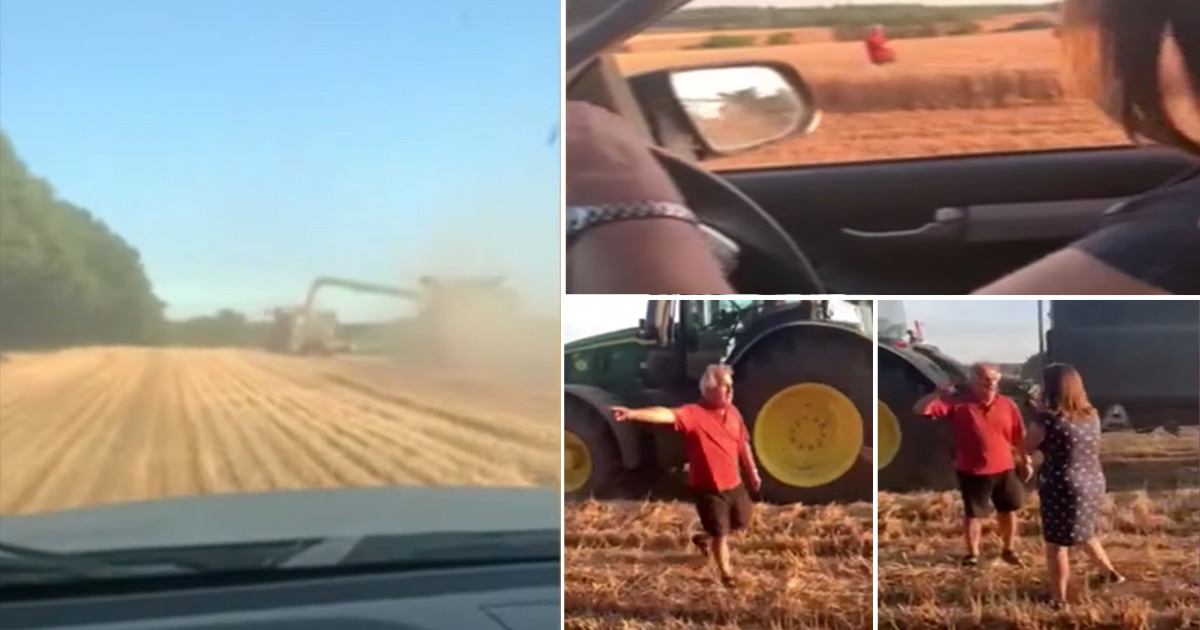 Boys and girls, situational awareness can be very important to living a happy life. Without it, let’s just say that you’re going to end up in a lot of positions that frustrate you and it’ll probably be your own fault.

This time, we check in with a situation that shows a boatload of audacity and an individual who doesn’t seem to understand the concept of farming.

The driver of a combine harvester was probably pretty shocked when he found an individual wearing a bright red shirt standing in front of him as he was working on a crop. At first glance, it appeared as if maybe the individual was disoriented or lost. However, as the story continued to unfold, it was pretty clear that this guy was just angry and decided that acting like some sort of protester, blocking the farm equipment was the best way to go about resolving that anger.

So what exactly was it that created the situation that this man felt was so necessary to block a piece of equipment that could’ve easily rolled him over?

Well, apparently, the man and his family were having a meal nearby and dust from the farm was making its way to wherever this man and his family were eating. Instead of getting out of there as dust and debris are expected when you’re eating next to an active farming situation, the individual decided to go ahead and try to halt the operation. Just imagine thinking that your lunch is more important than hundreds of thousands of dollars of work in progress on what we presume to be private property.

Down in the video below, we check in with the situation that got a little bit heated. I guess that the moral of the story here is that if you don’t want farm problems then don’t go near a farm.