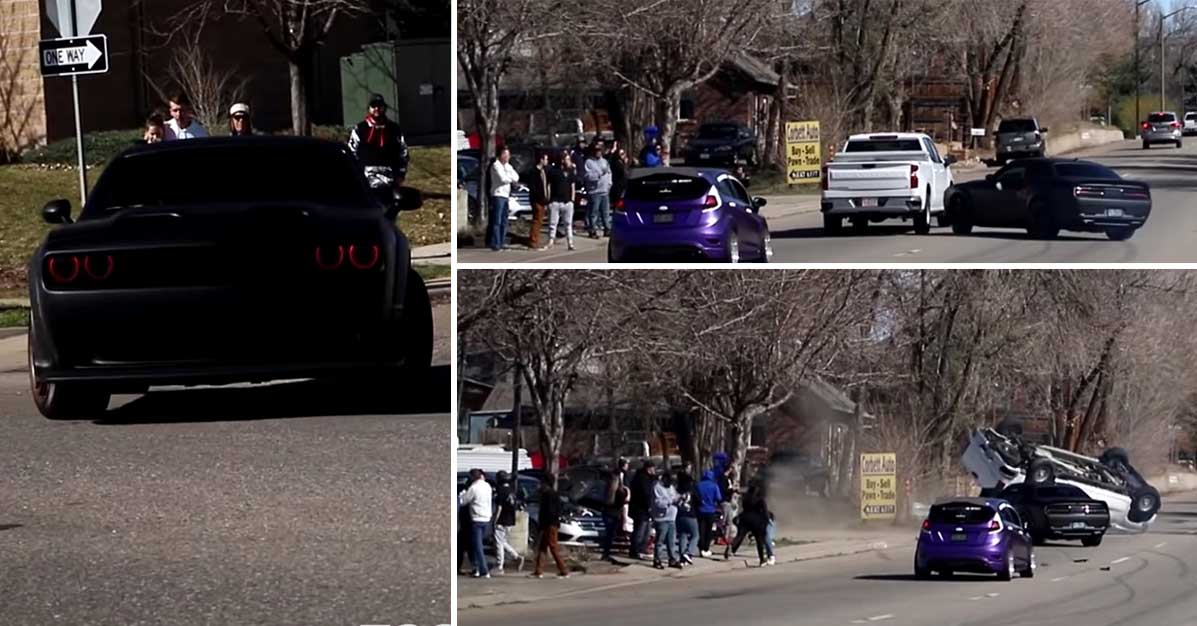 To say that we couldn’t have seen this coming would be an absolute lie. Just by the sheer numbers, simple logic tells us that the more readily available horsepower is, the more likely it’s going to end up in the hands of somebody who doesn’t quite have the experience to control it.

With the Dodge Challenger Hellcat being one of the most powerful cars on the road these days, we’re sure that insurance companies like to charge a premium for owning them. With videos like this, it’s pretty apparent why.

Time and time again, we watch as vehicle owners end up showing off a little bit when they find their way out of car meet parking lots. One quick YouTube search would turn up countless videos where such a situation ended up going wrong outside of a Cars and Coffee Event. We have seen everything from Mustangs plowing over crowds to exotic cars ending up in a tight situation where they rear end another vehicle.

This time, the culprit is none other than the aforementioned Challenger Hellcat. Apparently, the driver behind the wheel wanted to flex their car’s muscles and they took it just a little bit too far.

When combining over 700 hp with big wheels that aren’t going to promote traction and you already have a pressure cooker of factors. Throw in a driver who doesn’t know when to let off the gas and things might just boil over as they did here.

Down below, 5280CarScene was able to capture the moment on camera. Not only did this Dodge get sideways and end up crashing but it ended up T-boning a Chevrolet Silverado that was in for an unwelcome surprise. Even though it was a relatively low-speed collision, the incident was enough to completely roll the truck over. Luckily, everyone involved ended up being able to walk away from the incident.