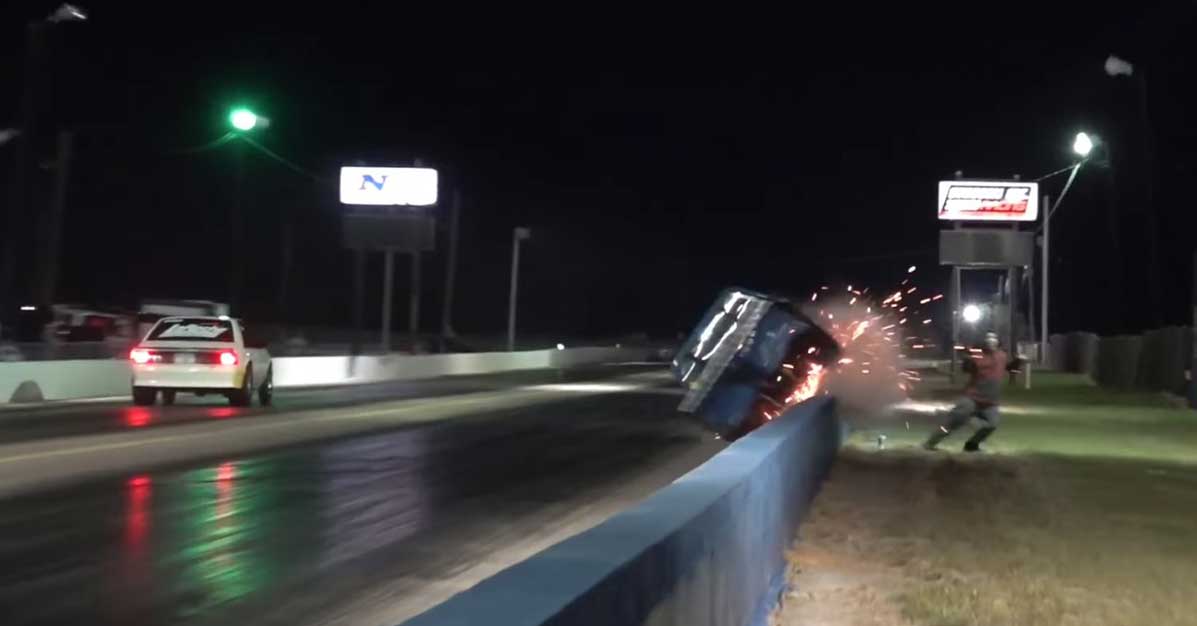 This time, we check in with an accident that got pretty intense in a hurry. Luckily, though, the driver was able to walk away following some pretty insane conditions.

The action showcased by 6SixtyStreet gets pretty intense at “The Park After Dark III” as a Chevrolet S10 goes for a wild ride. From the jump-off of the line, this one didn’t look like it was going to end well for the pickup. As the truck made its way from the shiny dark surface of the track toward the middle where things aren’t as sticky, all the power making its way to the ground would end up spinning the tires and shifting the truck sideways.

From there, there really wasn’t much that the driver could do but hang on and hope for the best as the truck headed toward the wall. Perhaps, the craziest part of this incident is the photographer standing next to the wall who definitely didn’t have the quickest reflexes as the truck barreled its way toward him. However, thanks to that wall the man was narrowly able to avoid being hit.

Down in the video below, we watch the entire ordeal unfold. The situation definitely had to be rather intense for all parties involved. Luckily, though, it does appear as if everybody involved will be able to race and shoot photos another day.