How to Install a Battery Kill Switch For Extra Car Security 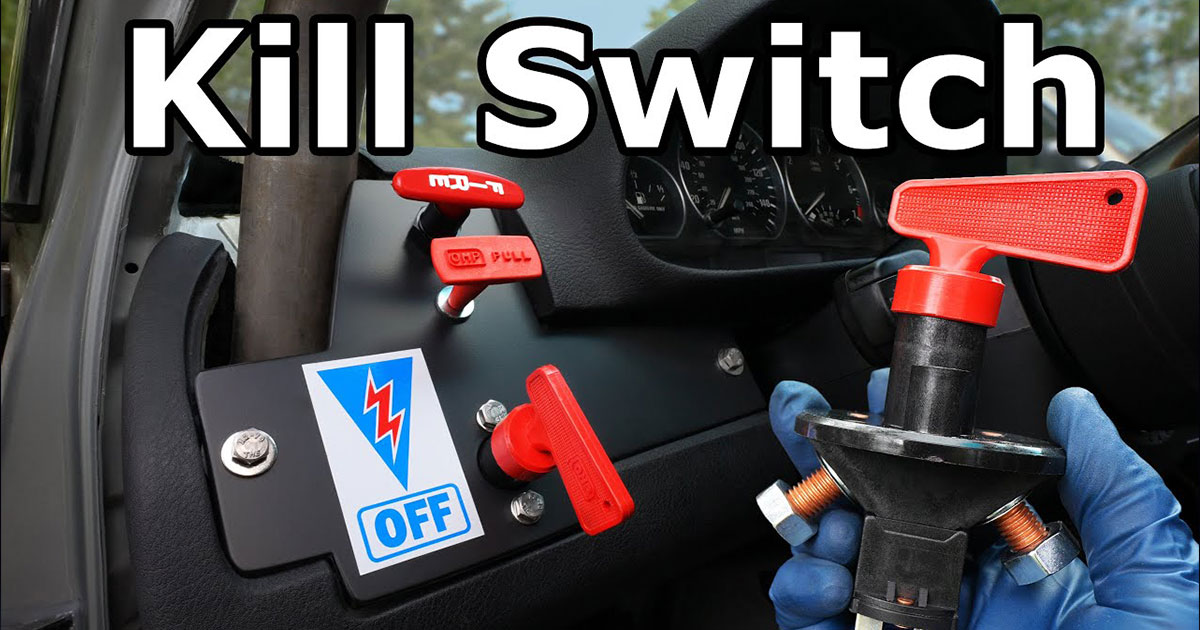 As technology gets better and better, there are more complex security devices coming out for our cars. However, as is the nature of such a business, the complexity of the mechanisms used to steal cars are also becoming more technologically advanced as well. Just because there’s going to be a higher barrier to entry to stealing cars doesn’t necessarily mean that criminals are going away. Instead, they are investing in this high-tech equipment that might even help them steal vehicles faster than ever before.

So what exactly is one to do if they want to prevent a potential crook from starting up their car and driving away with it? Well, the answer to that question is pretty detailed as one can go in a variety of different directions for security.

However, there is one trick that’s pretty much as old as the automobile itself that could be one of the biggest ways to prevent somebody from stealing a vehicle… That is, unless they have a flatbed tow truck. In which case, the owner of a car would be at the liberty of the criminal anyway.

What we’re talking about, of course, is the concept of the kill switch. Basically, what a kill switch does is enables or disable a battery as to prevent the car from starting up. All it takes is one flip of the switch and there are not very many ways to get a car going, even for the most advanced car thieves. Basically, the thief would need to know exactly where the switch resides in order to get the car started and if the installed does a good job hiding it, the likelihood of a stranger finding it is pretty low.

In any case, down in the video below, ChrisFix takes it upon himself to explain in detail how one might go about installing such a kill switch. Something like this might seem rather simple but at the end of the day, it could end up paying off big time as a valuable insurance policy.