Joe Biden Gets Behind Wheel of NEW Z06, Revs it Up 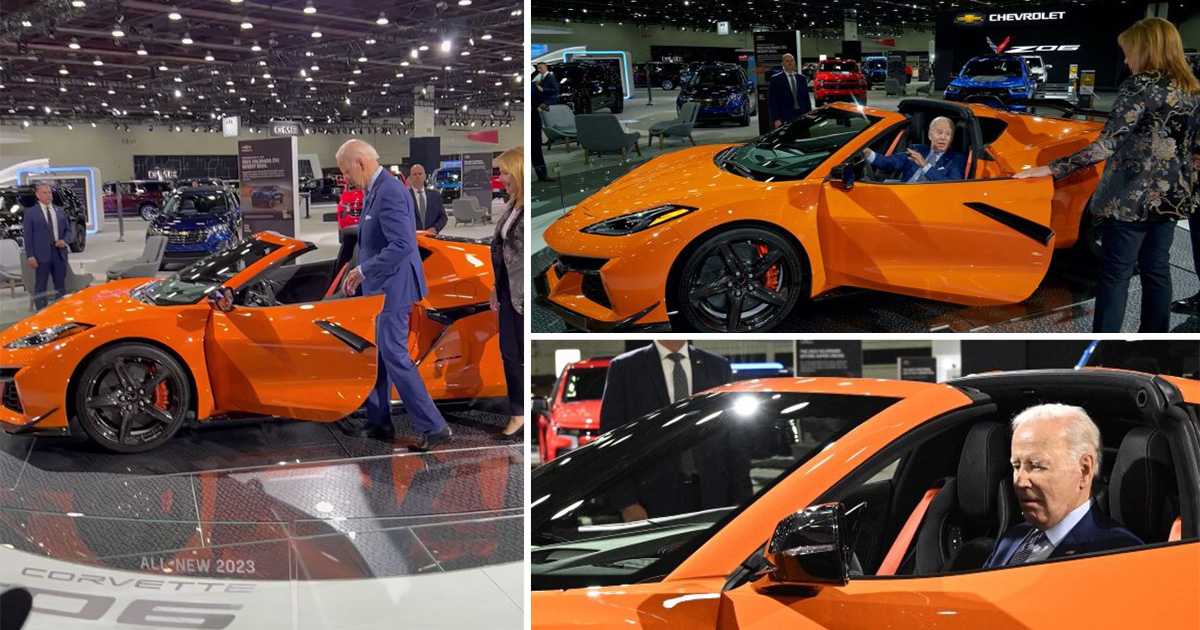 As politics currently relate to the automotive industry, most of the chatter has been about electric vehicles. In fact, the Biden administration has plans to “lead the EV future” in its own words. In fact, one controversial take as it pertains to automotive enthusiasts is that this administration is attempting to have EVs make up 50% of all vehicles sold in America.

With that said, Biden also has a history of collecting muscle cars. Therefore, we would assume that he’s not a stranger around something like a Chevrolet Corvette.

With that, Biden would take to the North American International Detroit Auto Show this past week, checking out a couple of displays. Video circulated as the Commander in Chief made his way around the General Motors display with the company’s CEO, Mary Barra. Microphones weren’t following the conversation but the two were able to share a couple of words as they made their way around the Detroit show. We can’t help but wonder what that conversation sounded like.

One clip that has caught the attention of the Internet at large is when the President got behind the wheel of the brand new Chevrolet Corvette Z06. Upon being handed the keys, Biden fired the car up and gave it a rev. Perhaps the most controversial part of the video is that this rev wasn’t exactly one that cleared the throat of the naturally aspirated 5.5L V8 under the hood. Instead, we might even call it a potentially accidental throttle “blip.”

That wasn’t where the president stopped, though. Instead, we also saw him checking out the new all-electric Chevy Silverado and Ford Mustang Mach-E as well.