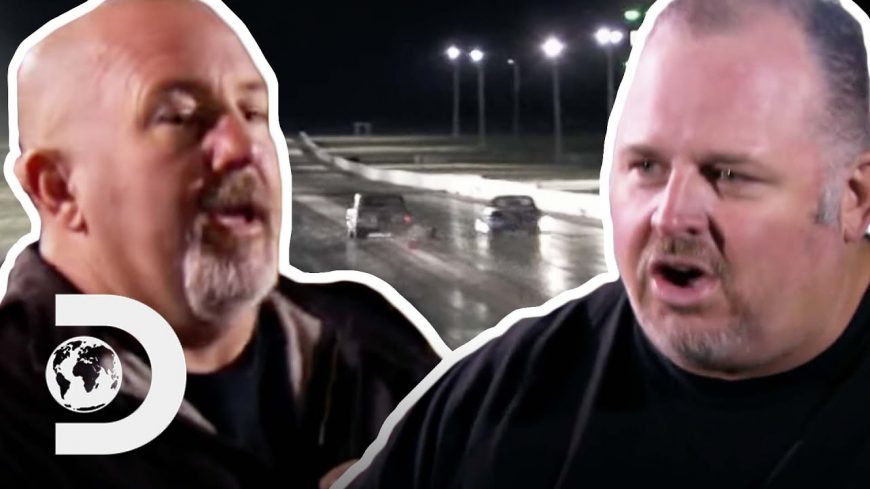 Would it really be racing if there wasn’t a little bit of drama thrown in the mix?

One of the things about street racing or grudge racing is that oftentimes, it comes down to human decision-making to determine a winner. In plenty of situations, there is a close call at the finish line and somebody needs to use their best judgment in order to try and figure out who won.

While in many situations, slow motion can quickly help the person in charge to determine who exactly won, sometimes that’s not the case. In certain situations, maybe the individual in charge needs to go back and take a second look to make sure that they got the call just right and even at that point, the outcome can remain in question.

In this particular case, we check in with an episode of Street Outlaws: No Prep Kings where competitor, Shawn Wilhoit simply refused to accept the decision from the race master that he lost. While Wilhoit did cross the finish line first, it was determined that he crossed the center line just several feet before the finish line which would immediately disqualify him.

This time, we get into a little bit of back-and-forth between Wilhoit and race master, Chuck Seitsinger. Eventually, Seitsinger does determine that maybe he made a mistake after checking in with the footage several times. It wasn’t until Wilhoit raised his concern and refused to accept the loss that the race was overturned. I guess that situations like this show that sometimes you just need to feel confident about putting your foot down. Even if you’re wrong, at least the correct ruling comes into play.

Down in the video below, we check in with the situation that actually got a little bit heated but eventually had Wilhoit going to the finals to face off with Ryan Martin.