Motorized Camper Takes on Mordoor Nova in the Strangest Race Ever 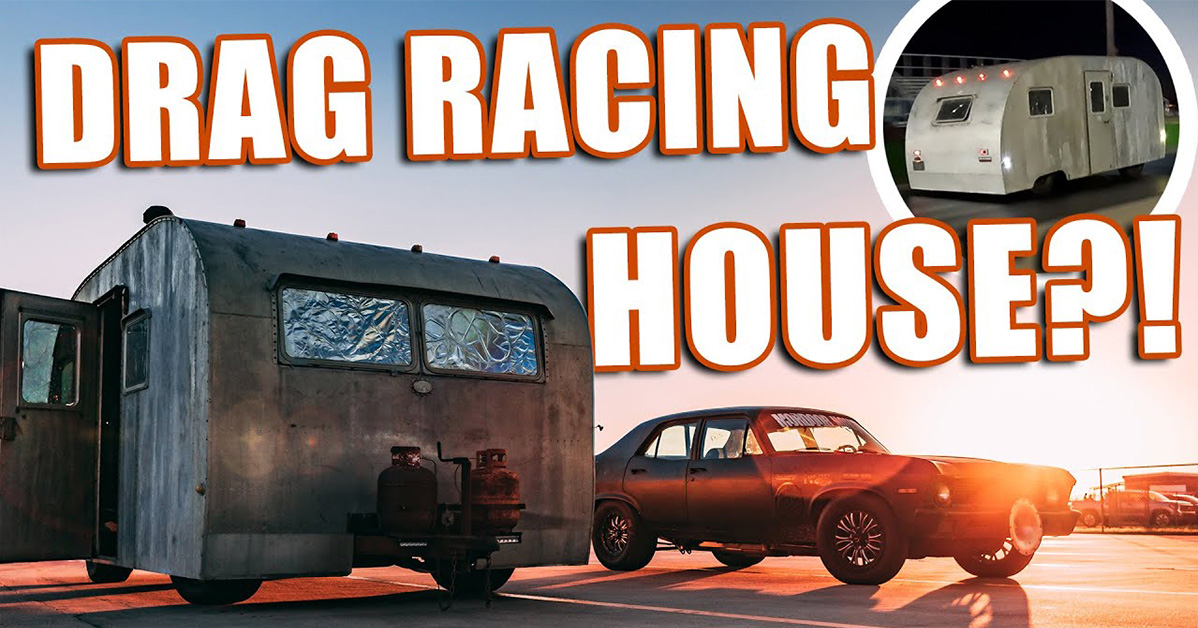 One of the beautiful things about the world of automotive enthusiasts is that there are all sorts of different creative builds for just about every taste. No matter what someone is into, there’s a chance that there’s a build-out there for that. If there isn’t, the best part is that you can get creative and put together that build yourself with a little bit of know-how and a decent set of tools.

When it comes to thinking outside the box, we have truly seen some crazy things unfold in the garages of many. However, perhaps some of the craziest builds come from the minds of two individuals in particular.

In fact, Street Outlaw’s fan favorites, Farmtruck and AZN have gotten so creative with their builds that they have even gotten their own self-titled spinoff reality show dedicated completely to putting together the most off-the-wall things that they can possibly think of.

In this particular YouTube video from their channel over at FarmtruckandAZN, we get to see one of those builds come to life. Those who have been following along have likely seen the “Air Scream” camper become quite the machine.

On the outside, this thing looks like nothing more than a typical beat-up old camper. However, underneath, it has the likes of a souped-up van that will be able to carry this thing to wherever the driver wants to take it. The Air Scream even ended up facilitating a pretty funny prank as Farmtruck and AZN made it look like a runaway trailer on the highway while being completely under control with someone behind the wheel.

« 500lbs of Catfish in a Crashed SUV Pulled out of a River… Infestation?