Murder Nova’s ’55 Takes a Lick in Racing Event, He Spills the Beans on Situation in Live Stream

Murder Nova’s ’55 Takes a Lick in Racing Event, He Spills the Beans on Situation in Live Stream

Unfortunately, every once in a while, crashing is just a part of racing. As much as ...

Unfortunately, every once in a while, crashing is just a part of racing. As much as we would all like to kind of push it aside and act like it doesn’t happen, the situations that put us into the wall tends to really sneak up when we aren’t expecting it.

Recently, such a situation would sneak up on Shawn Ellington aka Murder Nova when his ’55 Chevy was sent down the track. Fans likely recognize the car as Shawn has put in a lot of time this year to get the car together after its stint of sitting in the corner of the shop unattended to. However, he wasn’t behind the wheel when the machine made a pass at the Hinton Street Races. Instead, it was his dad behind the wheel as the car launched hard and ended up eating the wall.

Following the incident, Ellington says that his father was fine. However, the car definitely had been crunched quite a bit.

Shawn does say that he is going to attempt to fix the car. At a glance, it doesn’t look like there is anything that will be beyond repair here. However, should he not be able to bring this machine back to drivable condition again, Ellington says that he’s not going to be out and looking for another ’55 Chevy. Instead, he insists that the body style isn’t his “unicorn” but instead, just this particular car is the one that holds the nostalgic value.

This time, Ellington hops on camera to explain exactly what happened and show us the carnage from the incident. Luckily, the guys are able to joke about it a little bit as Ellington tells us that his dad wasn’t hurt but once he recovers a little bit, he might have to give him a kick in the rear end… lovingly, of course.

The video below allows us to catch up with one of our favorite Street Outlaws as he goes over the not so great situation. However, a situation like this is certainly just another bump in the road as pretty much everybody on Street Outlaws seems to have become used to perpetually working on their cars. 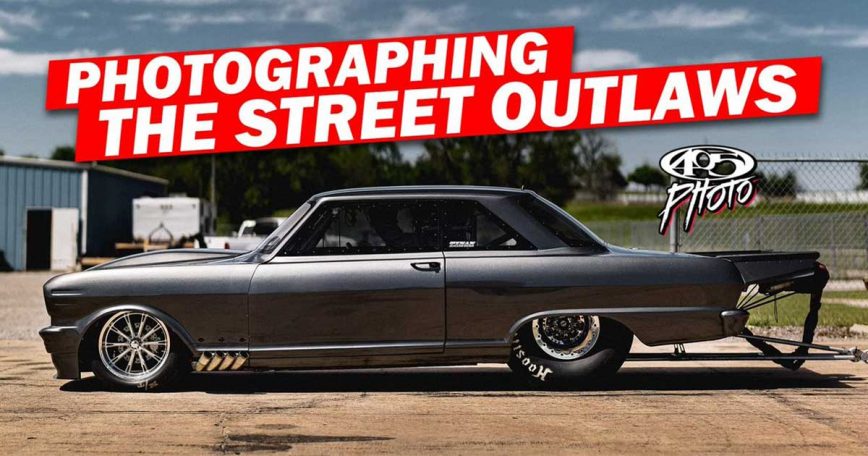