Parachutes Rip Off Drag Car at 258, Sending it Hard Into the Sand Trap 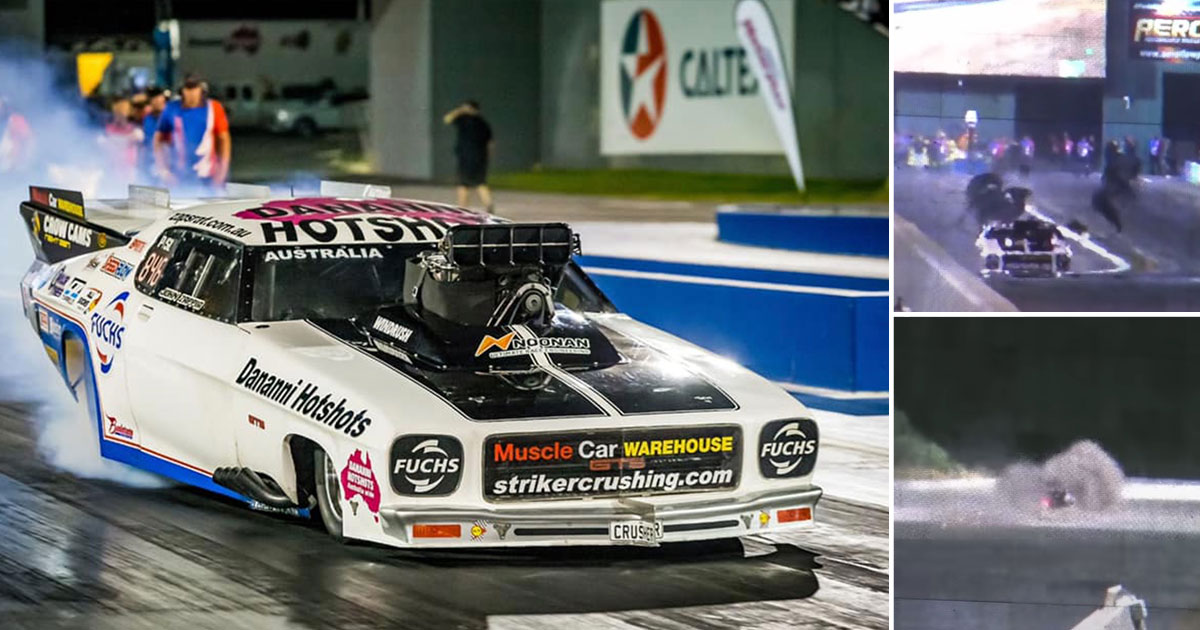 In the world of motorsports, we all like to think about going fast. Of course, this is the nature of the beast. Adding performance parts to make our cars go as fast as possible is nothing short of an absolute thrill. However, just as important as making a car go is making a car stop. In fact, for the whole stopping portion of the equation, while it might be something that’s neglected from time to time in certain builds, it might even be more important than making the power to make a car move forward.

This is especially true when you’re going 205+ MPH!

This time, we check in with a machine that most certainly is hooked up with the best stopping power imaginable. In fact, this Doorslammer that it’s required to have a pair of parachutes hanging from the back or it wouldn’t pass tech inspection.

In this particular case, though, those chutes didn’t exactly do their job.

With that, we check in with footage that has recently started going viral again. Originally, it was shot at Perth Motorplex during the 2020 WA Summer Slam Series event.

In the clip filmed mere weeks before the COVID-19 pandemic began, racer, John Zappia managed to blast down the track to the tune of 5.702 seconds at 258.78 mph. These speeds are nearly impossible to imagine unless you’ve actually felt them for yourself. The next part of the story is even harder to imagine. As Zappia goes to pull the parachute for a little bit of stopping power, he quickly finds that stopping isn’t an option, at least not with the chute. Instead, the parachute deploy but rips off of the back of the car, rendering it useless in the process

Instead, the 3500 hp car rockets past the finish line, at the liberty of momentum and the small brakes that are typically found on these sorts of racing machines. Eventually, the car did hit the sand trap and handled the situation rather gracefully as Zappia was able to annihilate his brakes in the name of saving the car and himself!

At the end of it all, he was able to walk away and there was minimal damage to the car. The situation still lives on as the definition of an adrenaline rush!