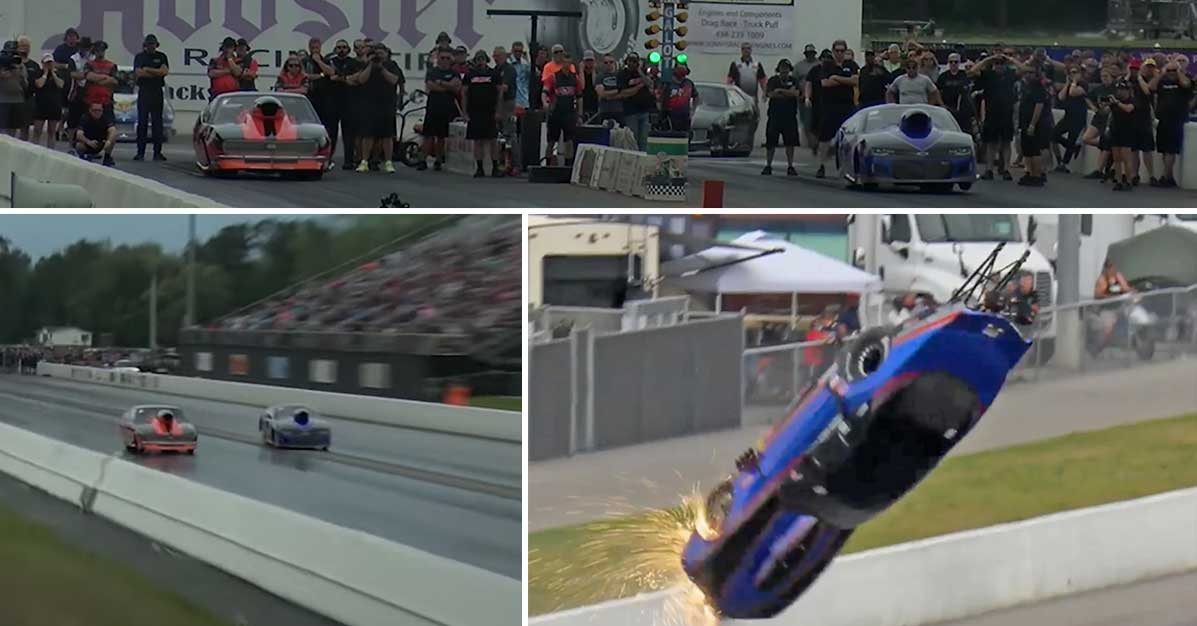 This time, we check in with an accident that got pretty intense in a hurry. Luckily, though, the driver was able to walk away following some pretty insane conditions.

The race was on to the eighth-mile at the PDRA East Coast Nationals. As Pro Nitrous competitor, John Hall, stepped up to the plate, everything appeared to be going as according to plan. However, after wandering out of the groove, the pass would quickly take a turn for the worse. The script was flipped in a matter of just a second or two as Hall attempt to regain control of his car.

Instead of gathering control of the vehicle that was left to the liberty of momentum, Hall would soon find out the car was sliding sideways, eventually going airborne and rolling over. After clearing the wall and landing on its wheels, unfortunately, the momentum would carry the machine into a barrel roll before it eventually came to a halt and went up in flames. The safety crew was quick to put the fire out.

The video below showcases the incident that Hall was able to walk away from. As the scoreboard clocked him at 157 mph, it’s not hard to see how something like this could be pretty crazy from behind the wheel. No matter how aware a driver is that something like this could potentially happen, it always has to be quite the shock to be upside down in a race car at those speeds. Photo credit – Dragzine.com