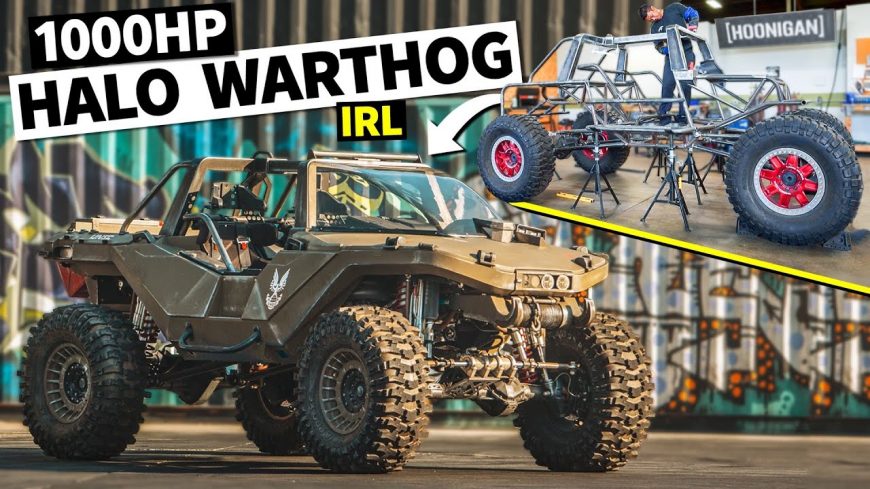 In order to ring in the latest installment of the Halo video game franchise, it seems as if the folks behind the Halo brand wanted to do something really special. This “something special” definitely hits home for the car guys among us who also dabble in the world of video games as well.

Therefore, Microsoft and Halo decided that they wanted to put together a real deal Warthog and in order to do so, they sought out the help of the crew at Hoonigan.

Now, the goal wouldn’t be to just make another replica as this is something that we have seen before. Instead, though, the idea was to put together a build that not only looks the part but could also do things like jump gaps, climb hills, and reach high speeds just like the Warthog in the games.

The result is pretty awesome as the Ford powered, twin turbocharged 1000 hp creation comes together on the heels of a ton of talent, vision, and a bundle of hard work. In the video below, we watch as an off-road chassis is enlisted and from there, the final product is built on top but this chassis. When it all comes together, we find features like a fully functional off-road racing suspension, active four-wheel steering just like in the game, and a whole lot more.

Video game fans had better get ready to geek out because this might just be the coolest rendition of the Warthog we have ever seen. Knowing that it’s built to really perform puts this replica in a class all its own.