If there’s one thing that we’ve noticed about a lot of Americans, ...

If there’s one thing that we’ve noticed about a lot of Americans, it’s that we pay attention to world records. It might not always necessarily be on the scale of becoming a member of the Guinness Book of World Records. However, we would venture to think that most people are aware of one record or another, especially here in the motorsports community.

This time, though, we do check in with a record that had made its way to the grandest stage of them all in Guinness.

It must’ve taken quite the effort to break this one as a rather large group of people with quite a specific skill had to show up and show off what they’ve got. The record in question here is for the most barefoot water skiers towed behind a single boat.

Finding just one individual who can water ski without the skis might be a challenge. However, for this particular record attempt, over 38 people would show up to try and make the record come together. When push came to shove, 38 folks would be left standing as the skiers abandoned their skis in the water and continued to glide across the top with their bare feet!

Down in the video below, we get to watch the record come to life as a small but mighty boat fitted with three 300 hp outboards managed to pull along all of the skiers. Not only is it impressive to think about how it was accomplished but from a sheer visual standpoint, it’s pretty awesome to be able to absorb. Just seeing all of these people standing up behind a boat is rather wild. It must’ve been a pretty crazy effort to coordinate everything and make it come together. At the end of the day, though, this group in Wisconsin managed to put together enough of an effort to find their way into the record book.

Take an Intense 190 MPH Ride with a Hydroplane Boat! 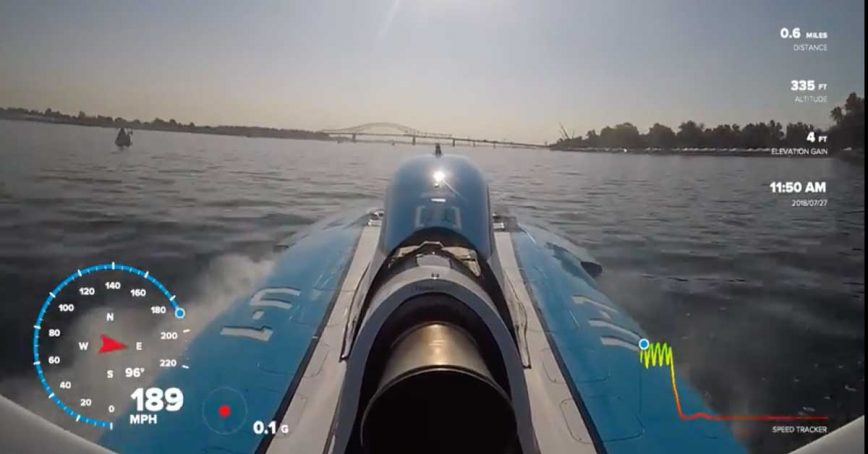