This Kia Will Blow the Doors Off Your Camaro, Mustang, or Challenger 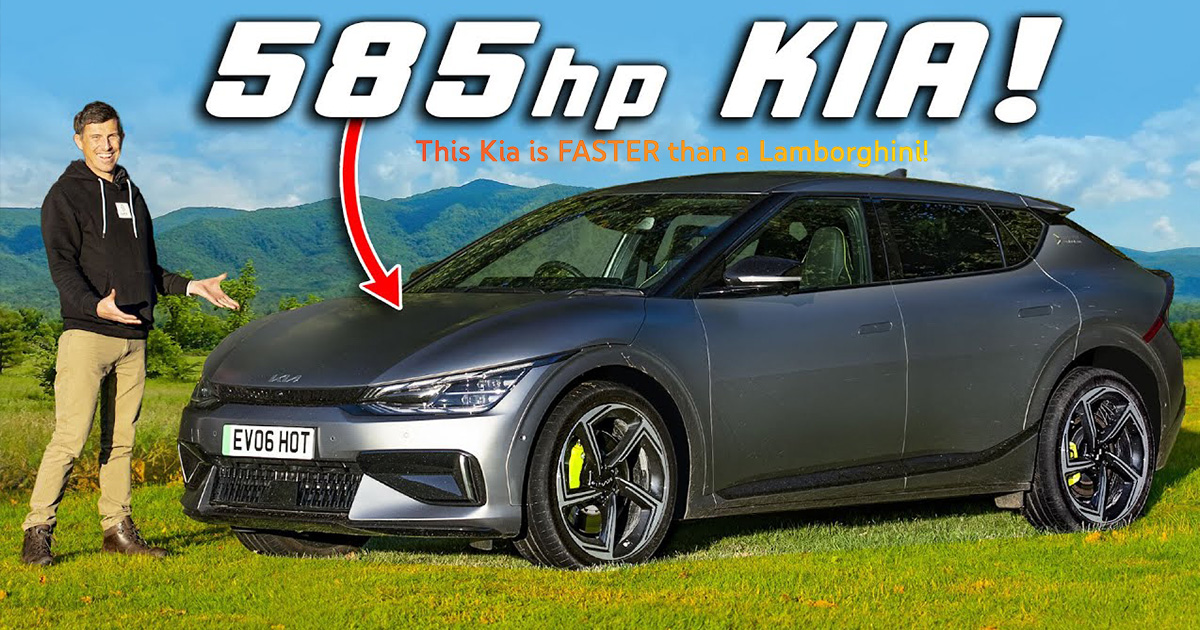 Ladies and gents, for those muscle car fans among us, it’s getting to the point in the timeline where we are going to have to enjoy more than the power output to justify buying some of our favorite pieces of American iron. While electric vehicles are only in their infancy, even the tamest of the group is offering up some insane performance numbers.

This time, we tap into a Kia EV6 GT, a car that is designed to be an economical way to get around. Make no bones about it, even though this thing offers up some pretty impressive numbers on paper, we seriously doubt Kia is targeting performance enthusiasts with this one. However, even with that being the case, the Kia that hits the market at just over $72,000 still tops the horsepower output of machines like the Chevrolet Camaro SS, Ford Mustang GT, and Dodge Challenger R/T. In fact, it’s kind of sad to say that this particular Kia offers up 585 hp alongside 546 pound-feet of torque with an all-wheel-drive system while none of the aforementioned pony cars even crack the 500 hp barrier.

So, what exactly is this car all about? Essentially, those who know anything about the Tesla Model 3 will understand the release of the Kia EV6 GT which is a direct competitor. Essentially, the machine offers up an economical ride that falls into the oversized hatchback or midsize sedan market. In other words, this thing is made to get groceries and will still blow the doors off of most of the performance machines rolling around in the streets these days.

Below, we check in with this release as it’s going over with a fine tooth comb thanks to our host over at carwow. Even though we absolutely love our muscle machines and everything about them, it’s incredibly hard to deny the early stages of performance being offered up by the most mundane in electrical vehicles.

« Touring a House Built Around a Garage – This 60×40 Barndominium Rocks!