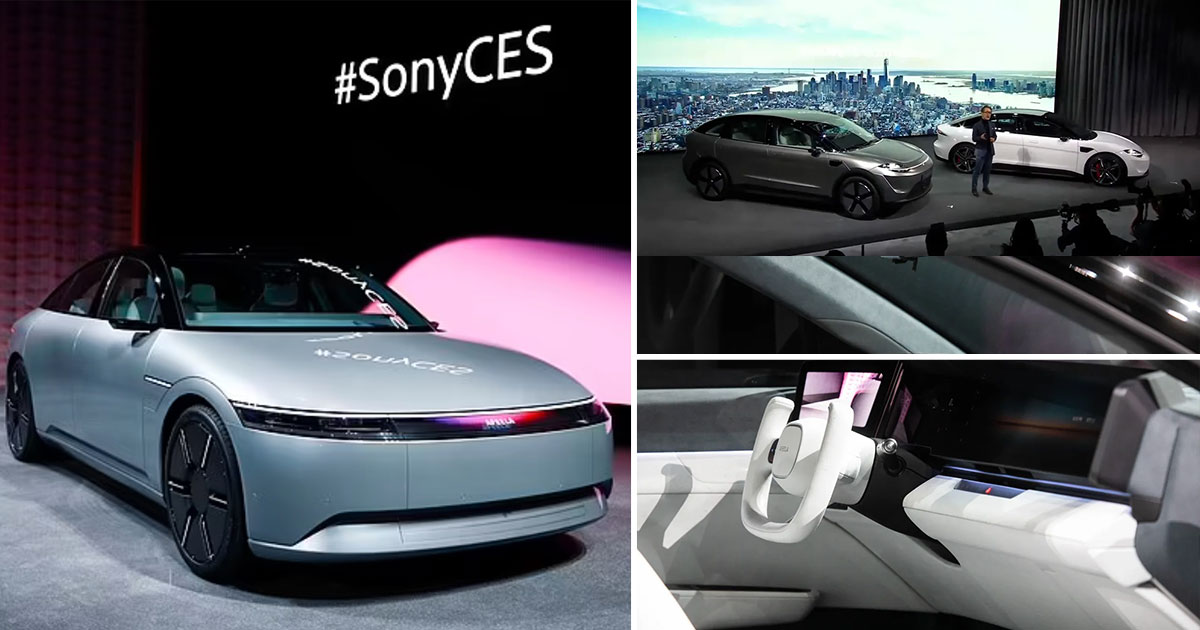 For decades, it seems as if technology and cars have always gone hand in hand.

From simple days of installing aftermarket stereos in cars to machines coming with more and more factory technology that has current cars hooked up with tons of computing power, the evolution of the two industries has always grown side by side. This leads us to wonder if the simultaneous evolution is turning into a merger of sorts as cars are becoming technology.

When it comes to the leaders of the pack in this area we find a company like Sony that has always been on the cutting edge of technology. Whether it’s home electronics or even technology found in cars, Sony has consistently remained a top brand in the industry.

At CES 2023, the company would pull the covers from a project that shows that they’re ready to try and make a car of their own with a little bit of help from Honda.

With a project that they call Afeela, Sony and Honda are attempting to create an interactive relationship between car and driver. In other words, the idea will be for the car to be able to seamlessly connect with a driver in a way like never before. With the help of 45 cameras and sensors, Afeela will be able to do as much as a check on the driver’s status and vehicle condition in order to prevent accidents.

In the model’s debut, we learned that Sony is using its experience in user interface and user experience technologies in order to deliver a car that’s on an entirely different playing field. One of the examples of how this is going to happen is through best-in-class entertainment that will deliver movies, games, and music to the driver in a way like never before. All of this is possible with the help of self-driving technology which is going to completely change the way that people interact with their rides.

For those who want to be first to get their hands on a car that is produced in part by Sony, pre-orders will open up in 2025 and sales will start at some point later that year. The brands are looking to deliver the car to consumers early in 2026. Photo credit – Cnet