Squatted Trucks are Out, “Doggy Style” Trucks Are In! 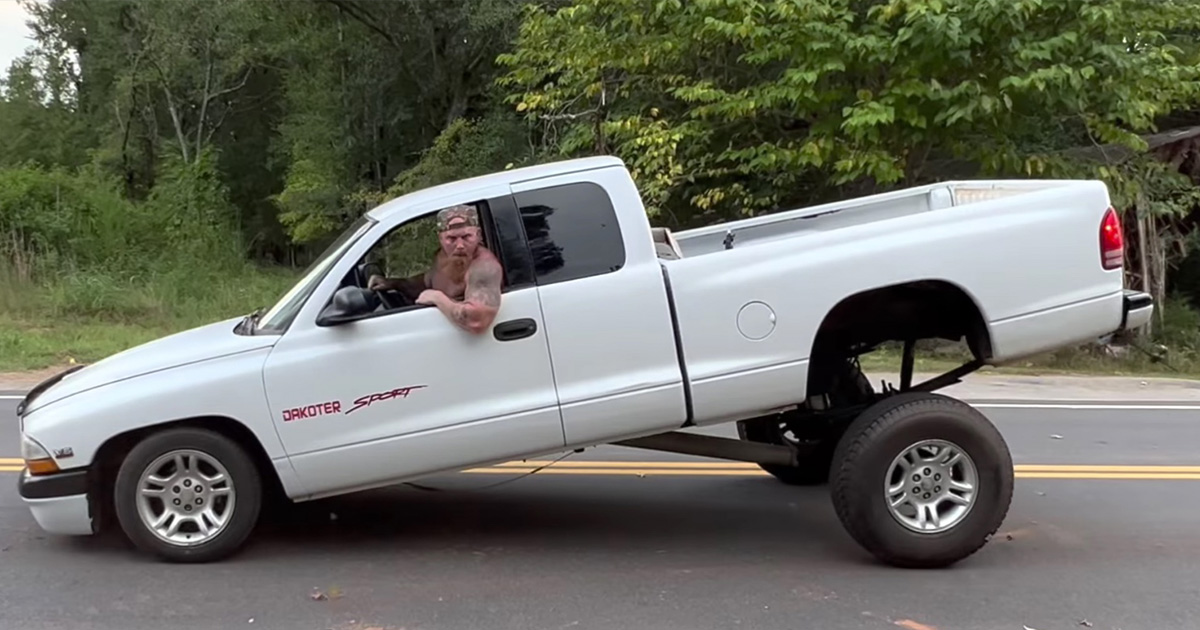 Squatted trucks are a phenomenon that have most certainly taken social media by storm.

For those who aren’t familiar, a squatted truck basically uses certain parts of a lift kit and abandons others. The result is a truck with a rear end that is lower to the ground than the front. The trend has drawn widespread criticism throughout the automotive community and has even drawn the attention of certain states that have outlawed it altogether due to its dangerous nature. Not being able to see the street in front of a vehicle out of its windshield is definitely one of the shortcomings of this automotive trend.

While squatted trucks continue to be a thing, it seems as if this time, YouTube comedian, Ginger Billy, has an entirely different idea in mind. Instead of partaking in this squatted truck trend, Billy introduces an entirely new style that he has dubbed “Doggy Style.”

Instead of raising the front of the truck and lowering the rear, this Doggy Style trend does the exact opposite. Its creator says that there are plenty of benefits to modifying a truck in this way. After hooking up the Bluetooth shocks, people who join in will notice that they now have a tailgate that provides shade for anyone who wants to hang out underneath. In addition, as the creator also points out, someone behind the wheel of one of these trucks is going to find out that it always gets good gas mileage because as our host says, you’re always going downhill. Great points, Billy.

Down in the video below, we get to tune in with what might just be the world’s first Doggy Style truck to see what this thing is all about and how it makes the most of its capabilities. At the end of the day, it might be a joke but squatted trucks started out as a joke too, we’re sure.