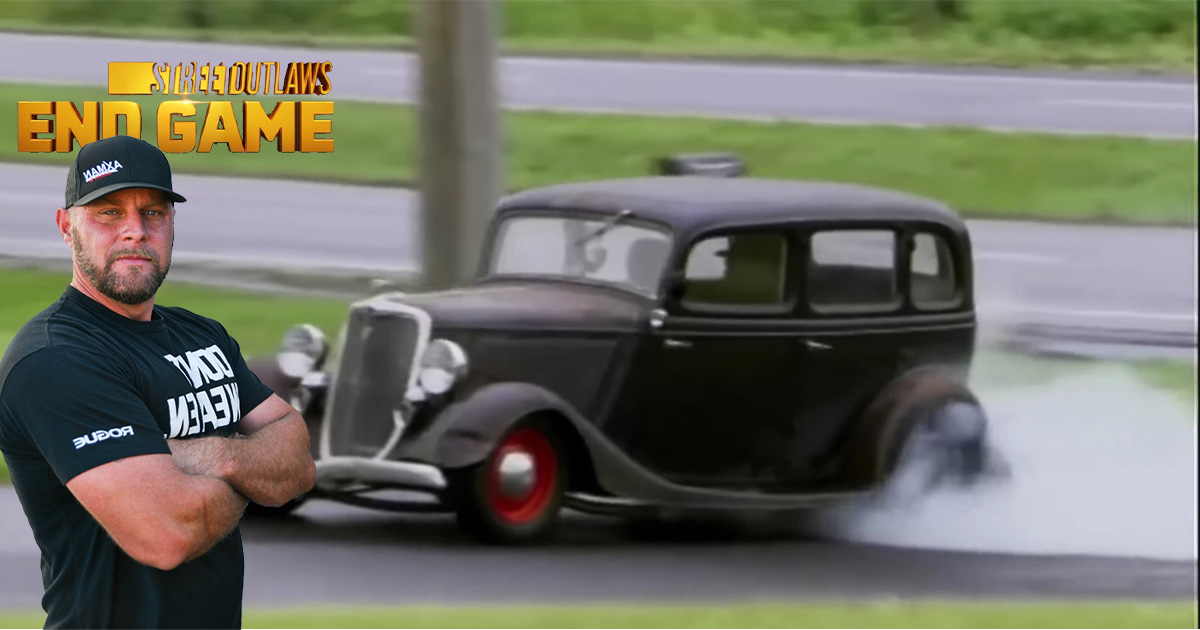 As we kick off the first season of Street Outlaws: End Game, we dive into an idea that is oddly familiar.

These days, the variety of Street Outlaws promotions that we watch have escalated to a point where drivers bring bona fide race cars to the street of the promotion’s choice. While it is entertaining to watch these quarter-million dollar machines do battle, lots of fans have been yearning for the Street Outlaws crew to go back to its roots. With that idea in mind, the producers actually listened and followed through, putting out End Game, a show that will take the competitors to a simpler time where they drop their high-dollar racing operations and build small tire cars that are a bit more relatable for viewers.

So far in the first season, the production has given us a ride to several of the competitors’ garages to see exactly what kind of concoctions they have been putting together in order to duke it out.

So far, we have watched Ryan Martin put together a Chevrolet Chevelle and Kye Kelley construct a pretty wicked G-Body among others. This time, though, we check in with Axman who is doing things way differently than his opposition. Instead of taking a conventional body and transforming it into a street machine, Axman takes a trip in a time machine. What he comes up with is a 1930 Ford sedan that he plans on using as his platform to compete in the first season of End Game.

In the video below, we check in with the so-called “Dirty 30” as we get a peek at exactly what Axman has been up to and what sort of concoction he has come up with. In addition, we get to ride along with a little bit of sketchy but fun testing in the rain to get a little bit of a teaser of the old-school Ford.

« TikToker Who Quit Van Life After Gas Soared – Now Makes $4,000 a Month Living in Her Car