SUV Falls Over 20 Feet, Smashes Into House Below 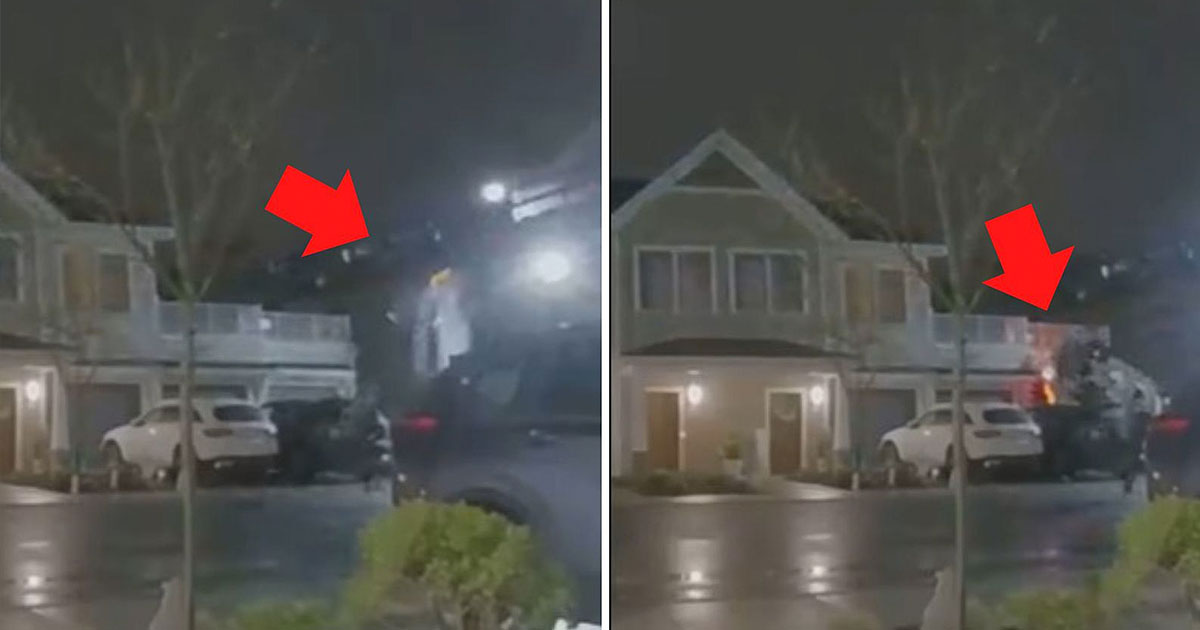 Imagine sitting in your home, winding down for the evening, and getting ready to go to bed, when all of a sudden an SUV comes crashing into your roof. Certainly, any sort of vehicle running into your home has to be a jarring experience but one falling from the sky is one that’s nearly unexplainable, that is, unless you live in this particular New Jersey neighborhood.

Both Verona and new Caldwell police responded to a call that an SUV was stolen in a New Jersey neighborhood. As the vehicle’s tracking system displayed it as sitting between the lines of the two jurisdictions, two departments showed up to see what was going on. What happened next was something that created quite a stir.

Let’s just say that the police found what they were looking for but probably had no expectation of how things would go. Let’s just say that the situation escalated as the suspect likely got a bit anxious about the police tail. As the driver made their way over a ledge while evading the police, the SUV would fall more than 20 feet into a house and on top of a parked car as the driver of the stolen vehicle attempted to flee pursuit.

Below, Inside Edition digs into the situation, explaining how it all unfolds and even showcasing video as bystanders were ready and security cameras were rolling to capture the entire situation. This is going to be a heck of an incident to explain to the home insurance company. We’re sure that it’s not every day that they have to respond to claims of vehicles falling from the sky and through a home’s roof.

Fortunately, no bystanders were injured in the incident. The driver and passenger of the SUV were treated for injuries before eventually being taken into custody.