The Legend of Mrs. Orcutt’s Driveway – The Fastest Driveway in the World 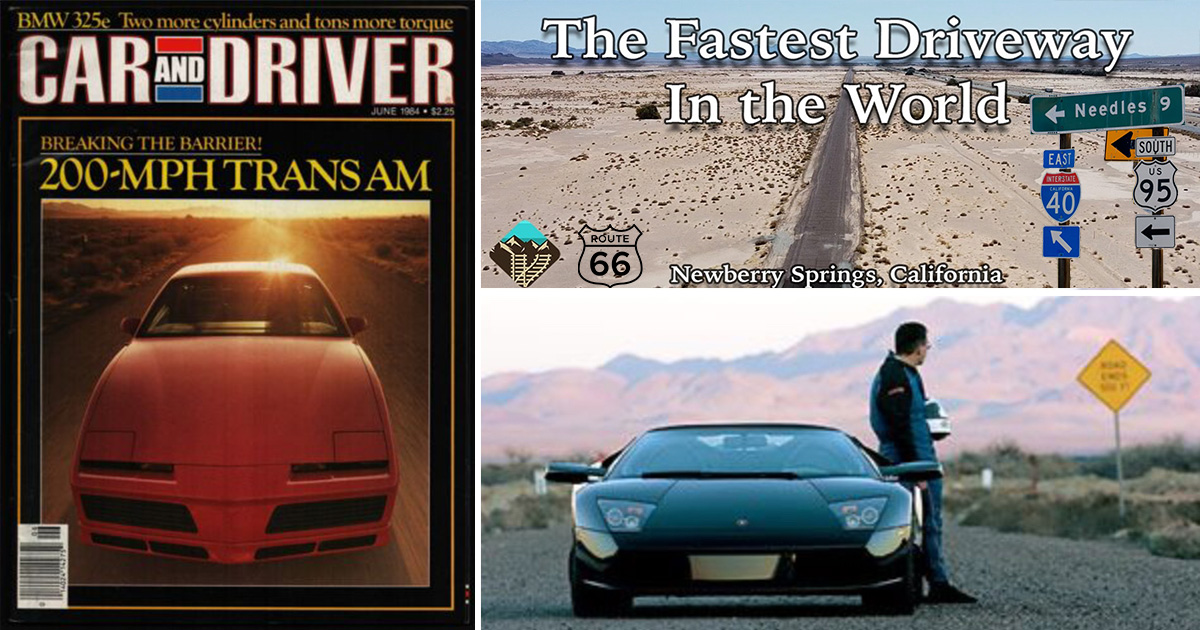 There are few highways, if any, that are as storied as the iconic Route 66. As a staple of pop culture, the iconic highway is the home of plenty of stories from the road. It has played a role in television, movies, and even music as the desert highway has been romanticized by plenty and, as such, serves as a destination for those looking for a little adventure out west.

As it turns out, though, not everybody has always been happy with what’s gone on in the desert near Route 66. Instead, one individual by the name of Mrs. Orcutt seemed to have a pretty big issue and it turned into quite a story that accompanies the famed highway.

At one point in time, there were plans to build an interstate near Route 66. Said interstate would get in the way of Mrs. Orcutt’s access to the highway and also pass through her property. When she voiced her displeasure, the government offered her $900,000 in today’s money for her property that got in the way. After refusing to sell, the state was in a tight spot with the only options being to build an on-ramp for one individual or design some sort of road to get from the property in question to the closest on-ramp so that they could commence with building the highway on the property and Mrs. Orcutt could still access Route 66.

One thing turned into another and eventually, Mrs. Orcutt ended up with a hot rodder’s dream right in her own backyard.

The video below breaks down the story and how that 4-mile driveway was then constructed. The story also dives into how this driveway would then get discovered by Car and Driver magazine as it was 4 miles of paved surface that wasn’t technically state property so it had no speed limit. The driveway would become known as the world’s fastest driveway, hosting speed runs up to 200 mph.