This ’79 Bronco Might be the Next Murder Nova Project + New Turbo RZR For Aiden! 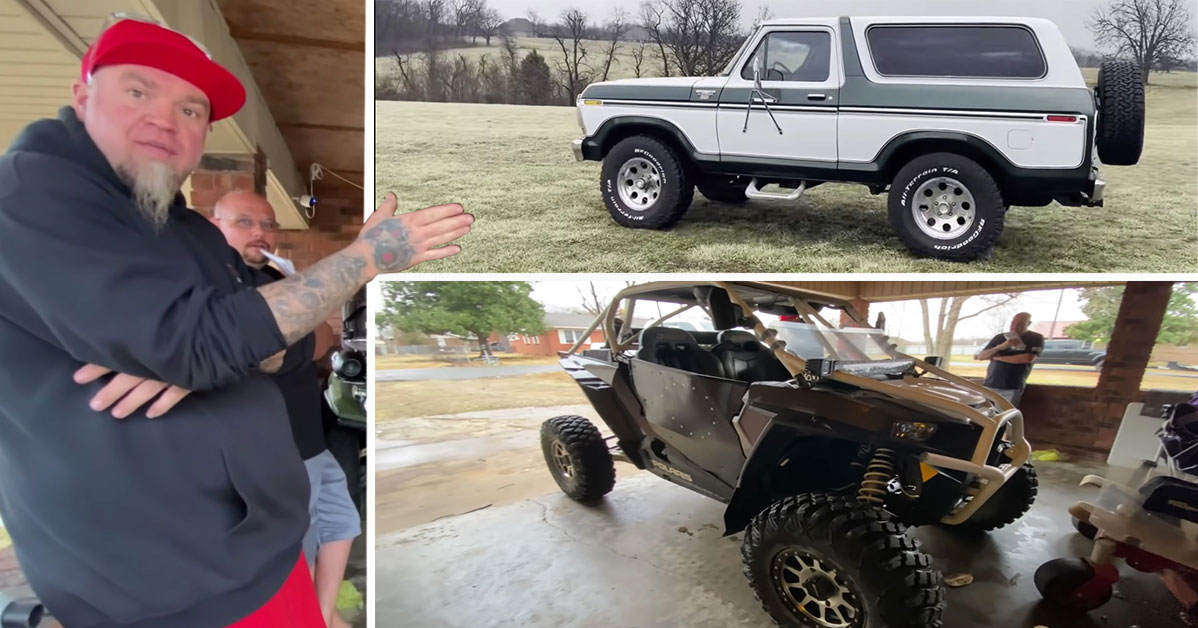 What we see on the TV screen with the Street Outlaws cast is a lot of high-dollar racing. Sure, these guys started off, for the most part, in grassroots-style racing. Before the cameras were rolling, most of the competitors that we see on screen were probably racing ever since they first got their licenses.

While many of the Street Outlaws have really expensive tastes, there are still some incredibly cool relatable projects that they embark on. Most fans probably can’t afford the six-figure race cars and stacker trailers that cost as much as a house. However, when a cast member like Murder Nova goes out searching for a project that he found on Facebook Marketplace or Craigslist, most of us can relate to such a situation.

This time, we get to join in for yet another Craigslist adventure with 187 Customs.

In this particular ride, Shawn continues to try to check boxes off of his bucket list. For those who have been following the channel, Ellington has been venturing around the country, trying to find some of his favorite rides from over the years that he just wants to add to his personal collection. Some of these vehicles are more expensive than others but all of them have a little bit of a cool flair to them.

The bucket list item in question this time is a 1979 Ford Bronco that could serve as the next restoration project on the channel. As one might imagine, finding a truck this old without a ton of rust can definitely be a challenge and when the perfect specimen is located, it might end up costing a pretty penny to take it home.

Down in the video below, we get the opportunity to check in with the Bronco that Shawn found. We also get to tag along as he heads on the road to try and find the perfect RZR for his son, Aiden, to wheel around in!