This Car Eating, Fire Breating, Robot Dinosaur is What Nightmares Are Made Of 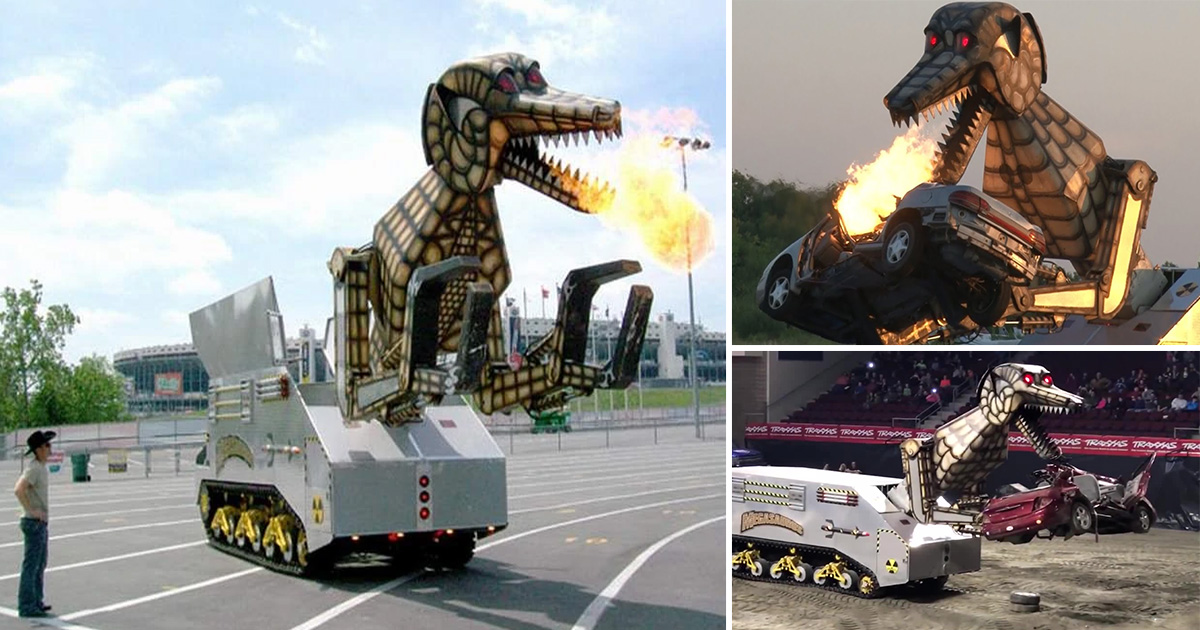 When someone decides to tune in to a Monster Jam show, they truly never know what’s going to happen. Watching these amazingly engineered monster trucks go to work as they defy gravity is really a sight to behold. There’s just something special about a rig that is heavy being thrust into the air and maybe even doing a flip or two.

This time, though, we check in with a contraption that was a part of a Monster Jam show that isn’t a truck but really caught the attention of the internet in a way like very few attractions are able to. In fact, over the past couple of years, this video has managed to find its way to 37 million views.

The machine itself is known as “Megasaurus” and while we’re on the topic of feats of engineering, we have to mention that this is definitely one of them. The robot is monstrous in size, creating a contraption that towers over the monster trucks in question. At first, it looks like some sort of tank but then expands like a Transformer and we find that it isn’t just a tank as it would first appear to be. Instead, inside, there is the head and body of something resembling a dinosaur. It even has a couple of claws that are strong enough to pick up a poor and unsuspecting car, tearing it to bits. Perhaps one of the most impressive features of the contraption is the fact that it’s able to shoot fire out of its mouth in a way that definitely had the crowd in awe.

By following along with the video below, we get a check-in with Megasaurus in action as it impresses at Monster Jam in Bangor, ME. I’m not sure about you but I could definitely think of a couple of uses that I would put Megasaurus to the task of accomplishing. I would just love to see the looks on the faces of my neighbors if I brought something like this home.