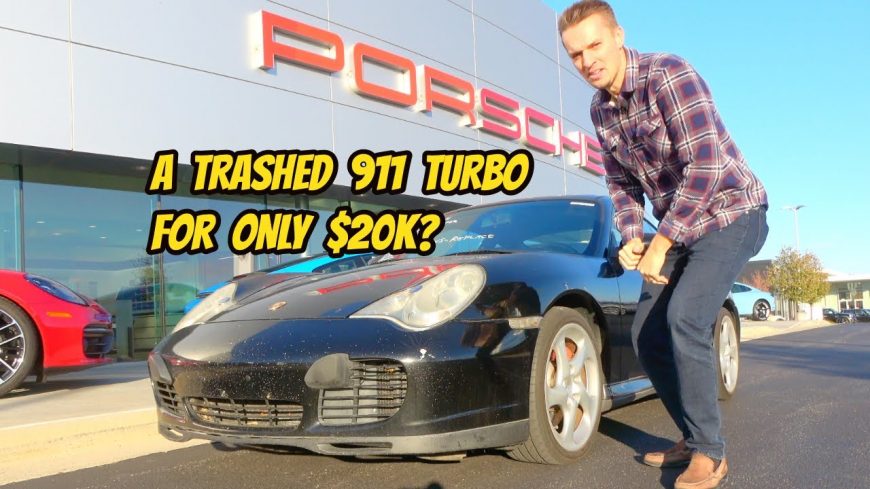 For those who are just getting into the car hobby, those really cheap cars that should normally be expensive can be enough to get them all bright-eyed and bushy-tailed. Of course, when the market generally fetches somewhere in the ballpark of $60,000 for a car and you see it listed up in the $20,000 range, it’s going to make you do a double take.

Those who have been around the block enough times realize that generally, cars are priced this way are usually priced this way for a reason. It isn’t very frequently that a dealership slips up and offers something to the public at a steep discount just because they couldn’t figure out what the market value was or a dealership employee messed up in some other way.

With these deeply discounted problem cars, most will stay away, that is unless they are one to really dig into a layered project. As it turns out, our host over at Hoovies Garage is just that type of individual that will dive into these projects. He even says himself that generally, the cars that he buys need way more work than they are actually worth. It seems to be more of a labor of love in this case.

This time, we follow along as Hoovie checks in with a Porsche 911 996 turbo that is priced at just $28,500. That’s less than half of what these things will generally fetch in good condition. Knowing fully well what he’s getting into, our host gives us the guided tour of the Porsche that he says is “cheap for a very, very good reason.”

Below, we check in with the car that is a pretty big wreck outside. Aside from somebody having done some unfinished bodywork and glitter being plastered all over the place, this car isn’t exactly the worst thing in the world, though. In fact, inside, it’s pretty clean and after a test drive seems to make pretty good power. This video will take us through the decision-making process and shows how one goes about buying what might just be a pretty big project at a pretty shallow price.