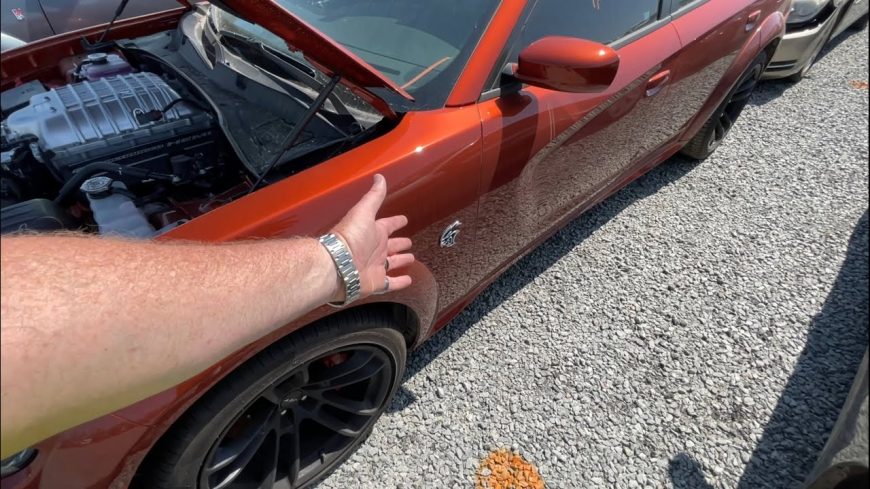 We get a feeling that this video was going to be one that splits the audience just a little bit. However, it brings about a reality that a lot of vehicle owners have to face at one point or another and that’s the concept of your car being totaled. Perhaps some may get lucky and never get in an accident but this time, we see where the cars go that have.

On one hand, something like a totaled Hellcat will probably hurt deep down inside for a lot of us. On the other, though, lots of folks will be excited to get their hands on these vehicles, potentially at a discount, to bring them back to life once again. There’s just something to be said about the potential of sitting in junkyards around the world that gives every gearhead a little bit of a stirring feeling of wanting to hop into that next project.

This time, thanks to TK’s Garage, we get to take a tour of a Copart junkyard to see some of the awesome cars within. Just because something is special like a Hellcat isn’t to say that it’s exempt from being totaled or from ending up in a Copart junkyard for another reason. In this one, we get the grand tour of such a yard to see what we would actually have to work with!

Down in the video below, we get to check in with the unedited state of some of these cars to see exactly what one might be getting should they bid on a Copart auction. It’s always kind of a little bit of a tossup as to what’s going to be on the other end of that winning bid. With this video, we might just get a little bit of an idea of what somebody is buying when they go home with a Copart Hellcat.