WCC Hooks up Hellcat Durango With a Custom Widebody 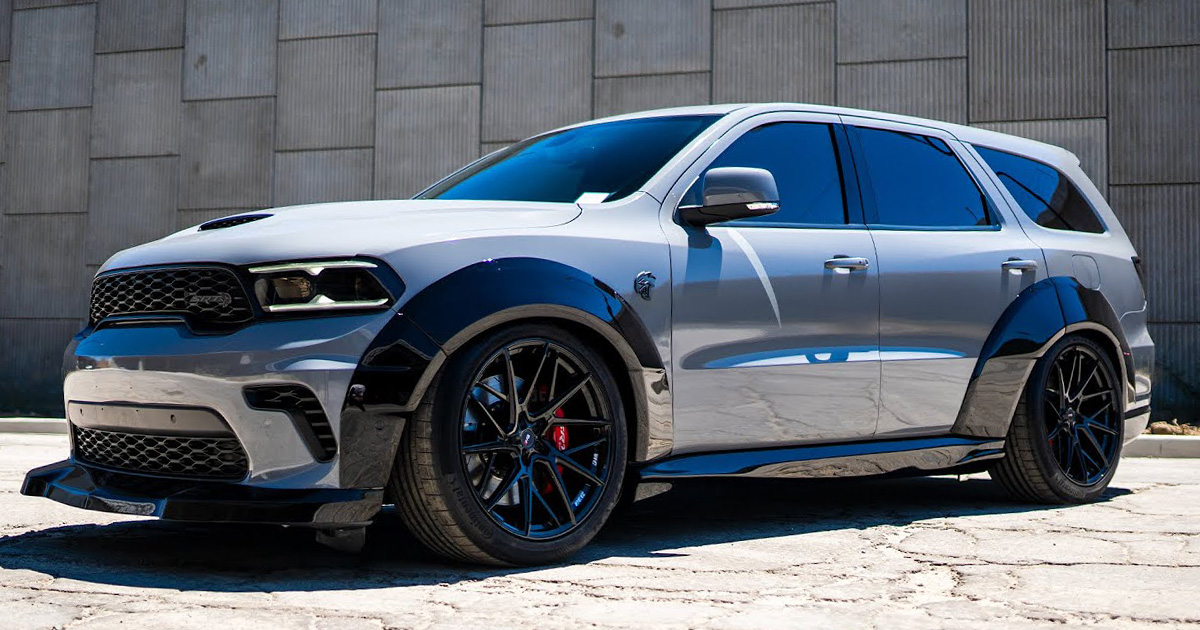 No matter what brand is someone’s favorite, it’s hard to deny that Dodge has really put its best foot forward in the name of appeasing the performance enthusiast. Ever since the Hellcat architecture came out, putting big power to the ground, the brand has been stuffing the 700+ hp supercharged V8s in just about everything that they could get their hands on. Some of the offerings were typical like the Dodge Challenger, a muscle car. However, when the brand decided that it wanted to stuff over 700 hp under the hood of a family SUV with the Dodge Durango, we had to give them a round of applause.

Even though the Durango’s run as a muscle truck was short-lived, we think that it was a pretty cool offering to show those who love horsepower that Dodge is about making just about anything fast.

Meanwhile, even though there is a lot of love with this particular offering, naturally, those of us here in the enthusiast community sometimes just can’t help ourselves. Even when the car is making a ton of power, some of us have this need inside of our souls to go out and modify the vehicle.

This time, we check in with a Hellcat-powered Durango that gets a little bit of special treatment. Instead of just rocking with the SUV that rolled off the assembly line, the owner of this vehicle decided to take it over to West Coast Customs for a couple of custom touches.

As we see in the video below, up first, the SUV would be treated to a wrap to give the Durango a custom color. After that, the show is really on as the shop installs a widebody kit. With wide bodies on vehicles like the Challenger and Charger, it seems like the Durango is one of the few vehicles that the brand didn’t decide to spice up from a widebody perspective. With this example, though, that’s all about to change.

« Whale Swallows People in Kayak, Spits Them Back Out – All Caught on Video!