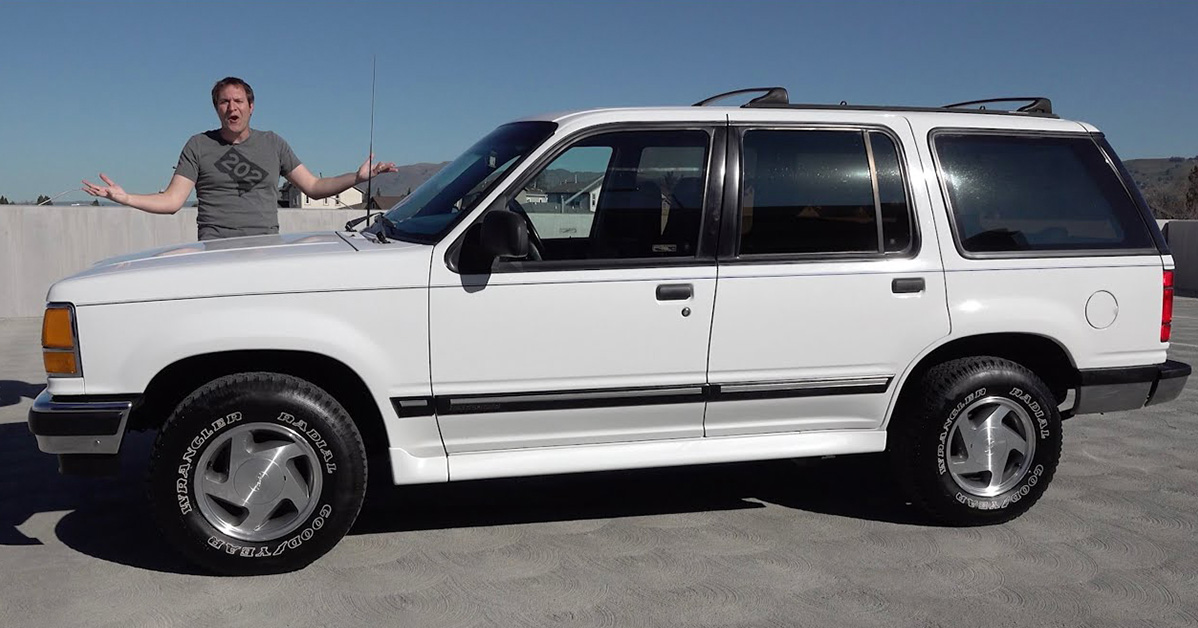 When most people see a 1990s Ford Explorer rolling down the street, they probably don’t think much of it. This is pretty natural as the Explorer was actually kind of made to blend in with the rest of whatever was on the road when it was released. The SUV broke ground as it was marketed toward families instead of being a tough off-roader like others in the segment. The Explorer wanted to get a different job done than what comparable SUVs advertised in the past.

However, because the Explorer took aim at families who would be cruising around the city instead of pulling heavy loads and going off-road, it turned out that the vehicle would be one of the most iconic of the last couple of decades, at least if you ask Doug DeMuro.

In fact, DeMuro credits this first-generation Explorer as being a vehicle that changed consumer preferences from cars to SUVs. He says that the model really kicked off the SUV craze that consumed the 1990s and beyond. Even to this day, it seems like consumers are preferring bigger vehicles which can trace back to the roots of this particular version of the Explorer.

By following along with the video below, we get quite a blast from the past. To some, the 1990s might not seem like it was all that long ago. However, when we crack into this thing and check out that sleek blue interior, we really get an idea of just how long ago it really was in car years.

As this is a vehicle that DeMuro has been dying to put on his channel, we get to see exactly why that is and how this machine has become a bit of an icon. While it might seem like a grandpa SUV today, 1990s Explorers are definitely a staple of the automotive community no matter which way we slice it.

« Motorized Camper Takes on Mordoor Nova in the Strangest Race Ever