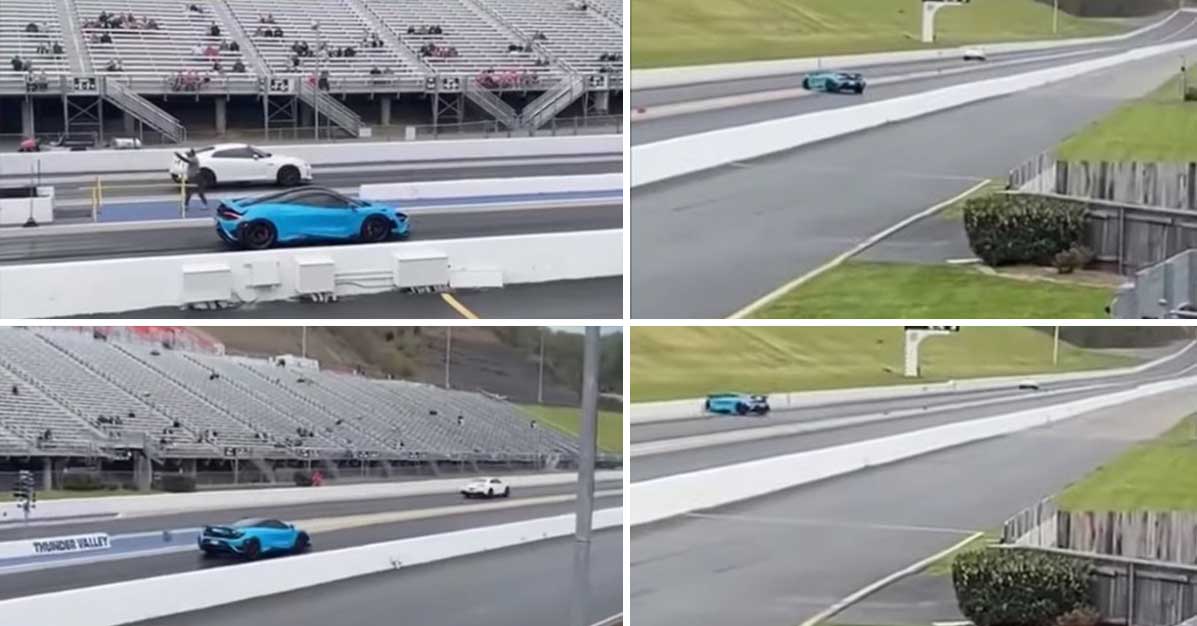 When it comes right down to it, McLaren makes some truly awesome cars. One of the cars in their lineup that performance enthusiasts would probably consider themselves lucky to get their hands on is the 765LT. The model actually dethroned the Dodge Demon as the world’s quickest production car in the quarter-mile.

For those unfamiliar with the car, Its namesake mirrors the number of units produced. For a starting price of $358,000, car fans ready to get behind the wheel of this exotic would be able to get their hands on one of the 765 units produced.

As we know, with an awesome car that has limited production numbers, the prices are sure to skyrocket. As the model has just been released, there aren’t many for sale but we have already spotted one with an asking price of $549,000 which puts things in perspective. They say that cars are never a good investment but maybe this is an exception.

This time, we ride along with the car that has a 4-liter twin-turbo V8 under the hood that’s good for 755 horsepower and 590 lb-ft of torque when all is said and done. The combination is quite impressive as it weighs just 2,709 pounds while making more horsepower than McLaren’s 720s. Sounds like a formula for success to us!

However, it seems as if one driver of a 765LT ended up running into a little bit of bad luck. As the car lined up next to a Nissan GT-R for a bit of drag racing, things got out of hand rather quickly.

The McLaren would make its way about halfway down the racing surface before the rear end kicked out and everything went awry. It really doesn’t look as if this was a driver error but instead would seem to be more of a mechanical or environmental shortcoming. From the angle of the video, it seems like maybe there was a slick spot on the track that was either not cleaned up or created by the McLaren itself. It’s kind of hard to tell what the exact cause was but it looks like the car was beyond the point where it would spin the tires without a bit of help in one way or another.

To add insult to injury, we would probably wager that this car will eventually end up being used for parts. It’s simply going to cost the insurance company a ton of money to be able to repair the car if parts are even available which we highly doubt will be the case.

The 765 unit production run means that there aren’t that many of them out there in the first place. When considering the fact that 3/4 of these things are probably sitting in a garage somewhere and only being driven to cars and coffee, we would wager that the supply of parts cars is probably not that abundant and that’s if this thing is even in good enough condition to justify saving it!