Alex Laughlin Rolls Into Tulsa for No Prep Kings Debut 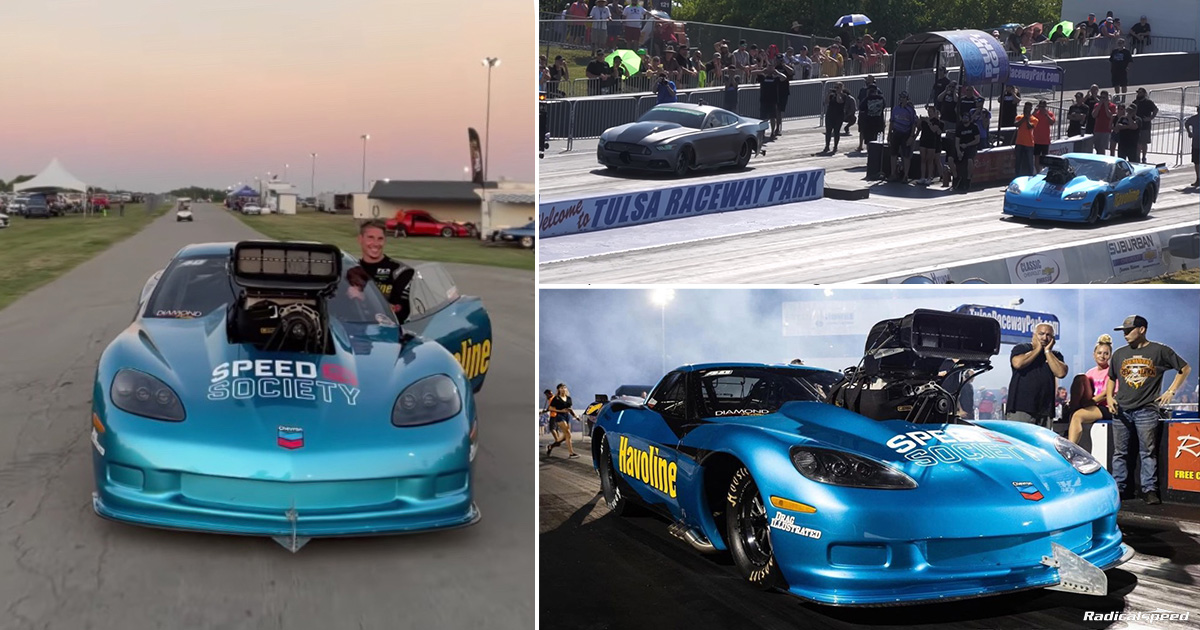 Alex Laughlin who is mostly known for his years driving pro stock and pro mod race cars as well as winning Lights Out in the Hot Wheels/Speed Society Chevrolet Corvette made a pretty big jump last year. After showing off what he had in a variety of formats, the driver made the unexpected jump to Top Fuel to round out his racing career even further.

However, Laughlin wasn’t about to just cap off his list of announcements there. Instead, Alex took the Corvette that had a winning pedigree on drag radials and changed it up to run big tires. It might seem like a small change on the surface but any racer will tell you that this is easier said than done. The Corvette went on to compete at the Street Car Supernationals where Laughlin won his class as the sun came up. To really put the cherry on the sundae, he then went on to race Ken Block’s “Hoonicorn” on a bare airport road. 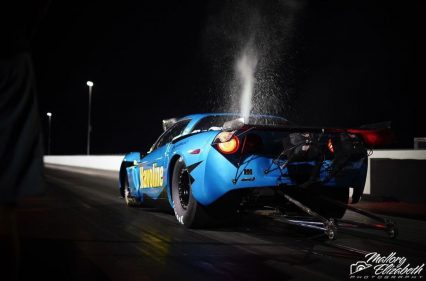 If this resume isn’t wowing you yet, I’m not quite sure what will.

For years fans have asked Alex, a Texas native, why he doesn’t do more no prep racing and why he doesn’t show up to No Prep Kings to try to avenge his two losses on the “Mega Race” TV show where he took on Big Chief and then Ryan Martin with a team from Gas Monkey Garage. It would truly be one of the final frontiers for Laughlin to conquer.

Unfortunately, the driver never had the stars align for him to show up to a No Prep Kings event but all of that just changed. This past weekend in Tulsa, OK, Laughlin decided to take the aforementioned Corvette to the event to try his hand at a form of racing that he hasn’t had a ton of experience at just yet.

The video below shows off his initial steps into the world of No Prep Kings. Photo credit – Radical Speed