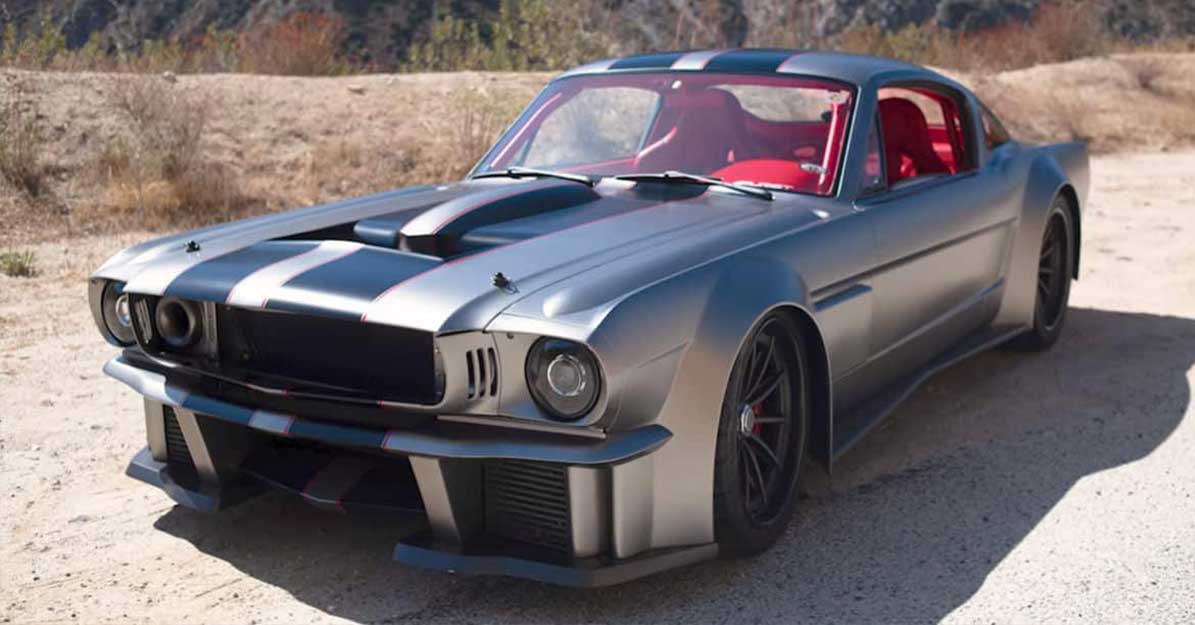 It isn’t all that often that we come across cars that are worth seven figures. Sure, you have your Bugattis and limited run exotic cars of the world. However, seeing a Ford Mustang in that conversation is something that’s relatively unheard of. However, for one machine that was designed for one of the largest car shows on the planet in SEMA, we see just that ride. This thing was constructed to impress and really left no stone unturned in the pursuit of perfection.

This time, the cameras are turned as Shawn Davis, the man behind AutotopiaLA isn’t the one doing the interviewing but instead telling us all about why the “Vicious” Mustang is a 7-figure showpiece that can rumble as well.

Shawn says “Everything about this car is aggressive, vicious, exceptional. It’s like a completely different world – it’s like an epic event every time you take this car out.”

The car seems to be more oriented at performance than comfort. However, once inside, we find that this thing looks as exceptional as it is said to be able to perform. Shawn told Barcroft Cars, “Top speed we don’t know yet because we haven’t actually had enough open road for it. It should be able to do somewhere around 230MPH. It really is a radically extreme race car. That was the intent, and that was what was accomplished with this.”

Down in the video below, we really get to dig into this car to find out exactly what it’s all about. This might just be one of the most expensive Mustangs on planet earth that isn’t associated with Caroll Shelby. The amount of time and effort that went into bringing this build together is truly something to be respected and the results definitely show. We can guarantee that you’ll never see another like this!

« How NOT to Break in a NEW Can-Am Maverick X3 (He Sent it and FAILED!)