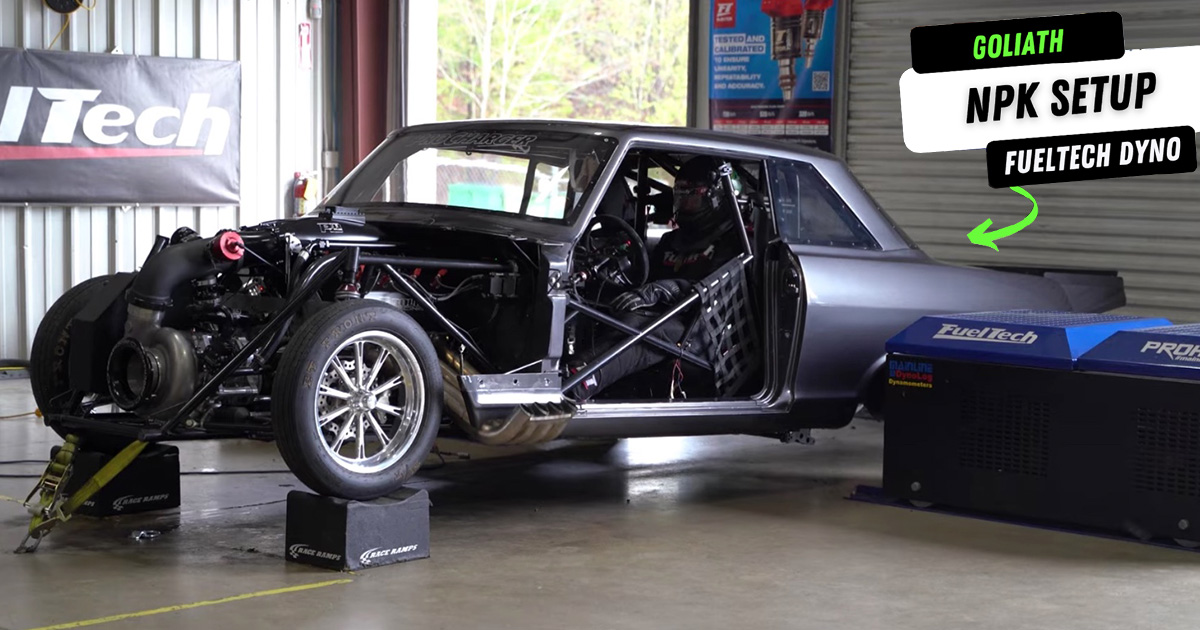 One of the things about being fast is that it’s not just one and done. Instead, competitors need to be constantly working on their cars and improving if they want to maintain their status atop the pack. This is the tough part that involves the hours of grinding and thousands of dollars spent that a lot of fans just simply don’t fully grasp. This grind is even true and very real for Street Outlaws fan favorites like Daddy Dave.

In fact, we might even argue the idea that those atop the list of competitors have a direct correlation to the amount of time invested but I digress.

This time, we check in with Dave as he takes a little trip to get his monstrous Chevy Nova, Goliath, in the best shape that it can possibly be in. In order to do that, it’s off to FuelTech to get a bit of time on their dyno to diagnose and see where there might be some room for improvement. Every fraction of second matters on race day, after all.

The video starts off with Dave reliving his tangle with the wall that had Goliath down and out for a bit. This would be quite the blow but fans of Dave’s operation know that he wouldn’t be out for long. In fact, as the effects of COVID still linger with supply chains nationwide, Dave seems to have moved much faster with the car than parts companies could manage to send parts out.

When all was said and done, the dyno would be the big test at the end of the tunnel to see if everything was exactly as it should be.

Down in the video below, we join Dave as he joins Anderson Dick and company as they tinker with yet another monstrous machine over at FuelTech.